Movie Churches Wraps Up 2021
It feels like I always have to explain the Movie Churches rating system. People see a low rating for a church (or clergy member) and assume I didn’t like the movie or, vice versa, think I like a film because it got a high steeple rating.

For example, one of my favorite films this year, A Hidden Life, featured a man of great faith, but he was not a member of the clergy. The clergy and church in that film were corrupted by the Third Reich, so though the film was wonderfully made and featured people boldly imitating Christ, it received a lowly Two Steeple rating.

On the other hand, this year I watched the “Christmas Classic” Love Actually for the first time. Apologies to those who love this film, but I rather loathed it. So many people in the film made stupid, selfish choices that the film seemed to celebrate. The few fleeting glimpses of church and clergy were relatively innocuous, arguably positive, so the church and clergy in the film received a respectable Three Steeple rating.

With all this in mind, I decided to feature the films that received Four Steeple ratings this year -- which doesn’t mean, of course, that I loved the film or even that it's worth seeking out. But in a world where the popular media often presents the church and pastors negatively, it is worth pointing out that it isn’t always the case. Fourteen films received that coveted Four Steeple rating. 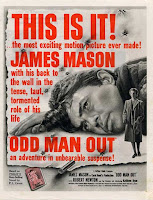 January began with a celebration of British film. 1947’s Odd Man Out, directed by master filmmaker Carol Reed (The Third Man). This film is worth pursuing, and the priest in it is a marvelous man who makes a difference in the lives of many, including thugs and gangsters.

We often celebrate Black History Month at Movie Churches, and the best clergy and church this year were found in a film added to the U.S. National Film Registry in 1991. The Blood of Jesus (1941) is an interesting film that uses alternate realities several years before It’s a Wonderful Life. It's a strange film, but the church and clergy in the film are very supportive of a hurting woman.

Okay, I admit I’m not a big fan of legendary director Douglas Sirk. I find his work too sentimental for my tastes, but I can’t fault the men in the Jesuit seminary in 1951’s The First Legion. During the month of April, Movie Churches looked at miracles in movies, and the first miracle in The First Legion is a kind of April Fool’s prank. The second is not.

If I offended any cinephiles by dissing Douglas Sirk, maybe I can get back in their good graces by praising the director of 1937’s You Only Live Once, Fritz Lang. No one could set up a creepy, foreboding atmosphere like Lang. May was Criminals month, and poor Henry Fonda led a life of sinister foreboding. His few bright spots in life came from his love interest, Sylvia Sidney, and his prison priest. Father Dolan is a source of unquestioning, unconditional love. As they say in the film, “Father Dolan is for everyone!” so we’re all for him.

During Criminals month, we also had a positive presentation of a nun in a film about Postal Inspectors. Really, apart 1951’s  Appointment with Danger, have you ever seen a film about postal inspectors?

Not surprisingly, June (Missionaries month) was a good time for High Steeple ratings. Though a good guy, Humphrey Bogart wasn’t a real priest or missionary in China in 1955’s The Left Hand of God, but he did encounter real missionaries worthy of a Four Steeple rating. Though 2016’s On Wings of Eagles is not nearly the film Chariots of Fire was, it gives an accurate enough presentation of Olympian/Missionary Eric Liddell who is as worthy of Four Steeples as he was of Olympic gold. 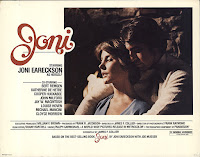 Christian film month, in July, presented other real people worthy of Four Steeples. Joni Eareckson even played herself in 1979’s Joni. I have very great respect for this paralytic woman who allowed God to use her injuries as a source of strength, building ministries to hurting people throughout the world. Though Pat Boone’s performance as real-life urban pastor David Wilkerson (in 1970’s The Cross and The Switchblade) isn’t what you could call, um, good, we do get the glimpse of a very good man who founded a very worthy ministry, Teen Challenge.

In August we looked at Hollywood Biblical spectacles about the start of the church: The Sign of the Cross, Quo Vadis, and The Robe. I didn’t really enjoy any of those films very much, but if you think I’m going to give Peter and Paul and the other apostles anything less than Four Steeples, you’ve got another think coming.

Looking at Christian schools in September, I was happy to watch a film I really love that also happens to have a positive presentation of clergy: 1993’s Rudy. It is often listed among the films that can make a man cry. Not me, of course. I was, um, just chopping onions.

Our last Four Steeple films were found in November with a triple feature of films about the founder of the Protestant Reformation, Martin Luther. Though he had his faults as a man of his time, and all people have, he still earned his Four Steeples in 1953’s Martin Luther, 1974’s Luther, and 2003’s Luther.

So this is the last Movie Churches post of 2021. Next week we'll start a month of Comedy Churches to kick off 2022.
Posted by churchandstates at 4:41 PM

Email ThisBlogThis!Share to TwitterShare to FacebookShare to Pinterest
Labels: 2021