Kansas films on the large and small screen 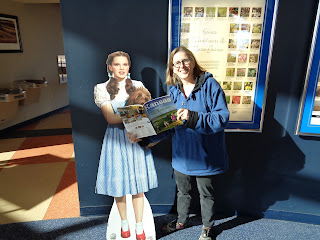 The most iconic Kansas films seem to start in the state and then move on to someplace else. The Kansas Tourist Center at the state line is full of The Wizardof Oz memorabilia and knickknacks, because the story of Dorothy begins and ends in Kansas, but most takes place somewhere else (and none of it was filmed in Kansas). Superman begins on Krypton but moves along to Kansas (but neither location was used for filming).

A very different iconic figure in Americana than Ms. Gale or Mr. Kent is Elmer Gantry, the poster boy for religious hypocrisy. Burt Lancaster played Sinclair Lewis' traveling salesman turned revival preacher. The film was nominated in 1961 for the Best Picture Oscar and it received Oscars for Lancaster, screenplay and Best Supporting Actress for Shirley Jones (star of our Oklahoma film, Oklahoma!) 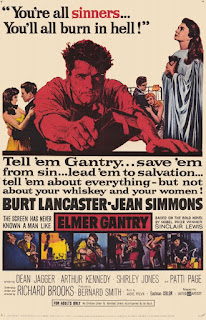 We learn in the film that Elmer did go to seminary in Kansas. It was there that he was caught by the preacher who ran the seminary deflowering his daughter (Jones) leading to his expulsion and her life of depravity. Most of the film takes place in Lewis' imaginary city of Zenith, but the ghost of Kansas haunts the film.

The opening disclaimer of the film assures us that Gantry is just one bad apple and there are plenty of swell churches and the filmmakers are A-OK with religion. But the hero of the film is a journalist who is just too darn smart and educated to believe in Christianity.  The film presents churches as good but revivals as circus sideshows, ignoring the history of men like GeorgeWhitefield and Jonathan Edwards, who made great intellectual contributions to Christianity. And like the two iconic films mentioned above, none of Elmer Gantry was filmed in Kansas.

Surprisingly, most of another Burt Lancaster film is set in Kansas, The Birdman of Alcatraz. Robert Stroud never kept any birds on the Rock; he did his work in ornithology while imprisoned in Leavenworth, Kansas. (In junior high, a former inmate of Alcatraz visited our social studies class and told us Stroud was quite the jerk in real life.) But it wasn't filmed in Kansas either.

There are a number of Westerns, Dodge City, The Kansan, Red River, Winchester '73, The Gunfight at Dodge City and The Jayhawkers among many that are set but not filmed in Kansas.

There are other films set and filmed in Kansas but I must include one final classic, Critters, still woefully unappreciated. Don't bother with the sequels, only the original was filmed in Kansas. 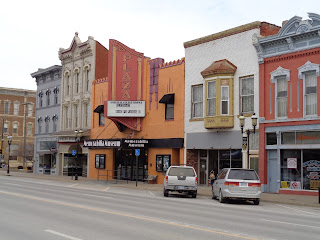 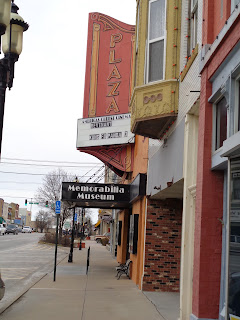 We couldn't leave Kansas without going to the Plaza Cinema in Ottawa. The building had other uses but became a movie theater in 1905 and they claim to be the oldest operating theater in the United States (perhaps the world).*

The theater houses a movie memorabilia museum with such astonishing items as an actual hair from Bert Lahr's Cowardly Lion costume, a prop sword from Indiana Jones and the Temple of Doom, an authentic Star Trek dilithium crystals.


There we viewed Kung Fu Panda 3. We hadn't seen the first two, but somehow we managed to follow the plot. About the film I can say it was...relatively short. And it was very close to Chinese New Year's. 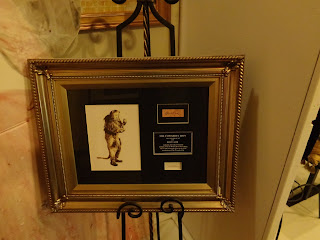 *UPDATE: It turns out, the Ottawa Plaza 1907 theater can support their claim to be "the oldest purpose-built cinema in operation in the world" according to Guinness World Records. The building opened as a cinema two days before one in Denmark, . 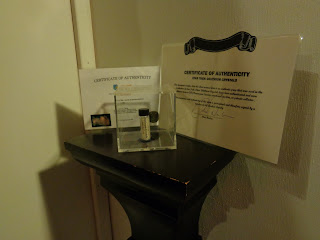 Posted by churchandstates at 12:30 PM