List of 2021 Films with and without clergy or churches 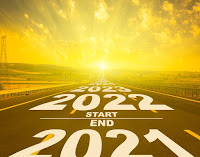 2021 was a better year for going to the movie theater than 2020 -- but not significantly better.
Theaters were still shut down at the beginning of the year here in Washington state. Studios were still hesitant about releasing big-budget productions amidst Covid-19 fears, so I would be at a loss to produce a top ten list of films (which was a regular practice of mine until last year). I’m just listing the 2021 films I saw in the theater first, followed by those I watched at home. Check out the link on films that are the subject of a Movie Churches post. A few films didn't get a Movie Churches post, but I'll add church and clergy notes when the movie offered that opportunity.

Church People Yup, posted on this one.

Raya and the Last Dragon

The Unholy One of two films I posted on this year with the same title.

A Quiet Place Part II No prizes for whoever came up with the title, but a decent sequel.

Tennessee Gothic One of the two new features we saw at Joe Bob’s Drive-In Jamboree in Pennsylvania this summer and I did a post on it.

Loss Prevention The other new feature we saw at the Jamboree.

God’s Not Dead 4: We the People A pastor is the protagonist of this Christian film, and I plan to write about it -- but it hasn't fit into the schedule yet.

The Many Saints of Newark I did a post on this prequel to The Sopranos TV series.

The French Dispatch Not a lot of church or clergy, but the gang of roving, rioting altar boys, drunk on communion wine, would receive one steeple at best.

Nightmare Alley There isn’t any formal church or clergy in the film, but the protagonist bemoans his abusive, Scripture-spouting father. Perhaps that’s why he never goes to a church or rescue mission when he needs help, though we see him drag a dying man to the doorstep of a Salvation Army shelter.

An interesting bit of trivia: the novel this film is based on was written by William Lindsay Gresham, who was married to Joy Davidman. Some years after Gresham divorced Davidman, she married C. S. Lewis.

The Mitchells vs. the Machines

The Harder They Fall The opening shoot-out takes place in a church, and we learn that the pastor of the church has a dark past -- as did the preacher father of Nat Love, the film’s hero. Nat tries to avenge his father.

The Power of the Dog

Willy’s Wonderland On the TV show Community, the character Abed asked the question, Nicolas Cage: Good or Bad? This film and the next answer the Cage question in two different ways.

The Marksman Liam Neeson often plays a man with a “special set of skills” who takes on great evils. In this film, he takes on a Mexican drug cartel. When the cartel kills a boy's mother, Neeson promises the dying woman he will take the boy to his aunt in Chicago. There was no time for burying the mother (gunfire, you know). But while on the road, Neeson and the boy stop at a church where the clergyman agrees to hold a memorial service for the boy’s mother. This church and its kind pastor would probably earn Four Steeples.

Posted by churchandstates at 8:42 AM