Movie Churches goes back to Back to School

Is it just me, or do other people find it strange that stores are still having “Back to School” sales in areas where kids will just be going to school virtually? Do kids really need a new backpack to show off on the Zoom calls?
So much is different in this school year, even for those physically going back to campus. Most school sports aren’t happening -- at least not this fall --  and I have no idea what life on the playground is like these days. Fortunately, at least one thing about this back-to-school season hasn't changed one darn bit, and that is Movie Churches “Back to School” posts. Yes, we’re going back to it.
It has been a whole year since we did this, so if you want to review any of our past posts, here’s your opportunity to review in order to be head of the class.

Overcomer - Another Christian film from the Kendrick brothers about the superiority of Christians in sports. (This film has a bonus of really questionable ethical competitive choices.)

Heaven Help Us - There is a subgenre of Catholic High School films, and this is a decent representative of the form. We’ll be returning to more of the same this month.

Breakthrough - A well-produced Christian film based on a true story about the miraculous healing of a young man who fell beneath the ice.

Girls’ Town - As a fan of Mystery Science Theater 3000, I was happy to be able to enjoy snarky one-liners as I watched yet another film about a Catholic school (though this was an all-girls school for delinquents.)

Holy Goalie! - Can a school be saved by its soccer team winning the big championship game? I’ll leave you in suspense. 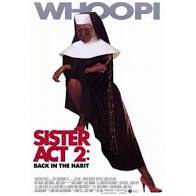 Sister Act II: Back in the Habit - Will Whoopi Goldberg ever return to this franchise (this time as a teacher at a Catholic School)? I kind of hope so, because at the least, these films have decent soundtracks.

A Matter of Faith - This film deals with the conflict between Creationism and Evolution. The judge is from Night Court and there's not a lot of nuance.

Saint Ralph - The cross country running of Overcomer joins up with the Catholic school of Heaven Help Us. We called it a miracle film in the original review.

St. Vincent - If Bill Murray is in a film, I’m there. Yet another visit to a Catholic school. 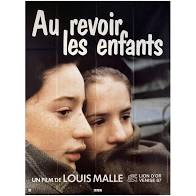 God’s Club - When you see a powerhouse cast like Stephen Baldwin, Corbin Benson, and Lorenzo Lamos, you know you’re in for a filmmaking tour-de-force… Or more likely a whiney, craptastic Christian film.

Au Revoir, les Enfants - Frankly, we don’t often get to look at great films from great filmmakers in this blog, but we got to with this Louis Malle classic.

Saved and Boys’ Town - This double feature came early in the history of Movie Churches with two very different films. Saved is an occasionally vulgar spoof of contemporary Christian schools. Boys’ Town is a rather saccharine telling of the founding of a longstanding Catholic ministry in Nebraska.
Fortunately, you don't have to physically go back to school or the movie theater to get schooled on these Movie Churhes.
Posted by churchandstates at 5:05 AM