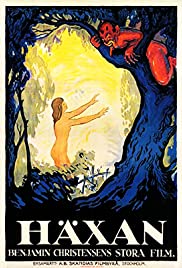 When some people think of films about nuns, they think of some of the sweetest and most wholesome films that have ever graced the silver screen, like The Sound of Music and The Bells of Saint Mary. But a different kind of nun films, nun films that are not so high-minded and proper. An entire genre of nun films -- Nunsploitation pictures -- features horror, sadomasochism, and explicit sexuality. (If you think I’m making this up, “Nunsploitation” does have its own Wikipedia entry, and we all know that if it’s on Wikipedia it must be true.)

We have had at least one example of Nunsploitation already here at Movie Churches. Back in 2018, with the theme of horror movie sequels, we featured The Nun, a movie from the Conjuring series (not to be confused with a different The Nun we looked at earlier this month). In a previous Nun Month, we looked at a film obsessed with Nun sexuality, The Little Hours. These were both fairly respectable films from major studios. Nunsploitation films are often the product of independent filmmakers trying to make a quick buck with tawdry and sensational material. 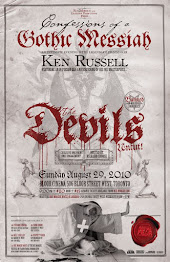 We won’t dive too deep into why these films are made and why people watch them. Some think it comes from former Catholic school students who viewed their former teachers as objects of terror and desire. Now those fantasies of fright and lust have reached more broadly to the culture as a whole, even the world culture.

There are a whole lot of these films, and frankly, I didn’t want to spend a great deal of time watching even a few prime examples of the genre. (I also didn’t want to pay the utility bill that would come from all the long showers I need after watching many of these films.) Instead, I decided if Movie Churches needed to look at the world of Nunsploitation, we would do it through looking at two secondary sources: movie trailers and Wikipedia summaries. Here are some of the most notorious examples of Nunsploitation through the years.

Haxan (1922) - Nunsploitation is not a new thing (though there have been a flurry of nun horror films in the last few years.) This Danish/Swedish “documentary” looked at witchcraft and Satanism during the Middle Ages. Along with witches riding brooms and child sacrifice, there are depictions of demon-possessed nuns and monks. This film was banned from the United State for years because of its use of nudity and torture. After sensational portraits of the devil and magic, the film ends with a disclaimer that mental illness is the most likely explanation of this phenomenon from history. 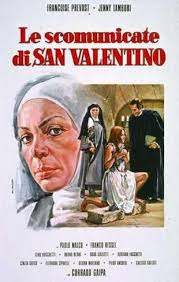 The Devils (1971) This big-budget film from a major studio (Warner Brothers) had a major director (Ken Russell) and stars (Oliver Reed and Vanessa Redgrave) who all were comfortable making a film that received an X rating (though some scenes considered too blasphemous and sexually explicit were cut for the U.S. release). It was a financial success in Britain and the U.S. but was banned in Finland. A full version of the film has never had an unedited release, but the U.S. edit has been released on the Shudder Channel.

The Sinful Nuns of Saint Valentine (1974) This Italian film takes a bit of its plot from Romeo and Juliet with young lovers from feuding families kept apart by sending the young woman to a convent. The convent is a madhouse of torture with multiple nuns accosting each other. There are also swordfights when the young man comes to rescue his beloved.

School of the Holy Beast (1974) Japan has a very small Christian population, but that hasn’t stopped a number of rather perverse films about convents from being made there. This was the first, based on a manga. It featured an innocent young woman subjected to hypocritical, perverse Sisters. The trailer's credits promise, “Sex! Passion! Lust! Incest! Vengeance! God!”

Love Letters of a Portuguese Nun (1977) This is actually a German film, but it was filmed in Portugal. Sixteen-year-old Maria is sent to a convent that is secretly run by Satanists. Maria is tortured and forced to have sex with men, women, and the Devil himself (played by an actor by the name of Hebert Fux.)

Alucarda (1977) One of Mexico’s entries in the genre is a vampire film (note what you get when you spell the title backwards, a bit of a nod to or theft from Son of Dracula.) But you don't only get vampires, but also what looks like mummies and some exorcisms to boot. And bloody, naked nuns.

The Killer Nun (1979) All the previous films were period films, usually set in the Middle Ages, but  this Italian film starring Anita Ekberg has a contemporary setting. It's about a nun whose brain tumor makes her both homicidal and sexually adventurous. Oh, and a drug addict as well. A bit of a noir mystery, but still plenty of titillation and sensationalism. 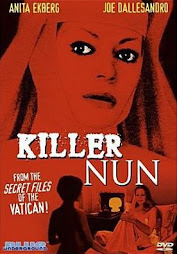 After a boom of Nunsploitation in the seventies, there was a bit of a break for the genre for a couple of decades (with some exceptions such as 1986’s Convent of Sinners and 1993’s Dark Waters  -- A No Shame Presentation). The genre has made a comeback in this century, with a bit more of an emphasis on the horror and violence over the sex.

The Nun (2006) There are a whole lot of films called The Nun (we’ve featured two of them here at Movie Churches). This film owes a whole lot to the teen slasher horror films of the previous two decades (such as the Friday the 13th and Scream films). A horrible nun teacher was killed, perhaps by her students, and the teenage children of those students are dying off in horrible ways. One of the students even says in the trailer, “So you’re trying to tell me this whole thing is an I Know What You Did 18 Summers Ago thing?” 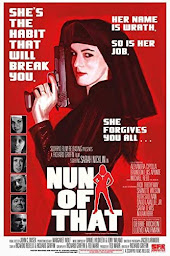 Nun of That (2009) This is a low budget camp fest about “the Order of the Black Habit” that had been “for over 1500 years fighting crime and keeping the world safe from evil.” For some reason all of the nuns in the order are named after the Seven Deadly Sins and quip in 1970’s jive as they dispatch lowlife thugs. The trailer promises “A blast for you and blasphemy for Good Friday 2009!”

Nude Nuns with Big Guns (2010) Well, the title says it all, doesn’t it? The trailer promises, “Freak Show Entertainment is proud to present the most unholy film you will see this year!” A young nun is raped, beaten, and abused by priests and a motorcycle gang, and then claims that God has called her to revenge.

Bad Sister (2015) This Nunsploitation film owes much to another kind of Hollywood favorite brand of sexual thriller. The Fatal Attraction influence is strong in this one about a teaching nun who seduces one of her male high school students and doesn’t like to think of him being with anyone else. 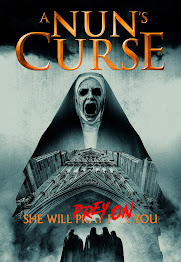 Nun Smack (2016) This extremely low budget comedy is about drug dealers who hide out in a church (which doesn’t look Catholic) with three nuns who are not what they seem to be (think Dusk to Dawn, if that helps.)

The Nunsploitation trend continues, though originality isn’t always at the forefront. 2018 brought us The Curse of the Nun and 2020 brought A Nun’s Curse, both extremely low budget affairs ripping off 2018’s The Nun with ghost/demon nuns terrorizing young couples. Neither is a film I will be seeking out.

Okay, I did watch one Nunsploitation film while researching this post. I watched Come to Me Sister Mary because it was a short film, only 18 minutes long. It tells the story of a nun who gives in to temptation, dressing in civilian clothes and picking up a man in a bar. Things get rather grim, and the nun pays for her sins. Though she prays for forgiveness, there is no grace to be found in this film. Like many Nunsploitation films of this last decade, horror takes precedence.

So I ask again, why has this genre continued to have such apparent success? Maybe we sinners hate to think of other people being so very good when we know our hearts are so very wicked. That's really quite sad.

Without exception the above nuns, priests, convents, and churches earn our lowest Movie Church rating of One Steeple.

Posted by churchandstates at 8:54 PM