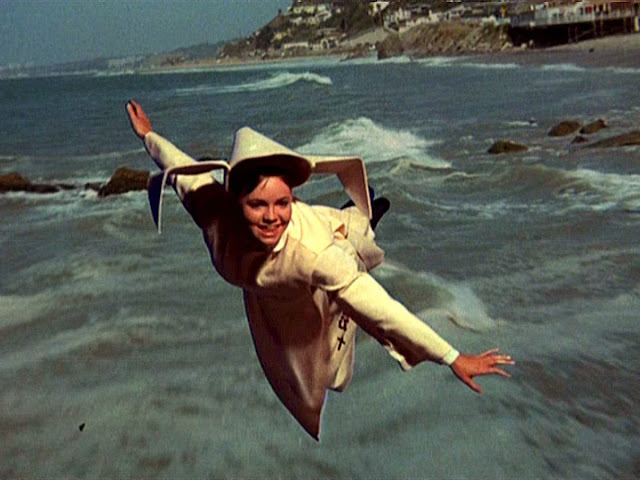 I spent a number of years as a youth pastor, and let me tell you: there are not a lot of films about youth pastors. I’m now a chaplain in a rescue mission, and there aren't many films about people in my current position. I’ve held other positions in churches, but no one has yet made Interim Pastor IV: This Time It’s Personal. (Surely if they make films about substitute teachers they could… Nevermind.)

Do you know who loves Hollywood loves to make movies about? Nuns. There are plenty of good reasons for this -- films based on true life nuns (Maria von Trapp, Helen Prejean) with amazing stories. I think sometimes filmmakers feel safer introducing religion through nuns that are cute and kind (think Ingrid Bergman in The Bells of St. Mary). Sometimes comedy can be found in the very unique dress and lifestyle of nuns (whether that’s Whoopi disguised as a nun or men dressed as nuns). This month we’ll also be looking at some very bad and unwholesome reasons filmmakers have been interested in nuns (think of how often Nun = Frightening).

So this month, we will again be looking at films featuring nuns, If you missed Nun Month back in June 2018, you can catch up now! The films featured back then were:

Change of Habit - You would think Mary Tyler Moore as a nun would be enough, but they threw Elvis in the mix.

Hudson Hawk - Sometimes found on lists of all-time Hollywood bombs, people tend to remember this for Bruce Willis rather than Andie MacDowell as a nun.

The Little Hours - You know how I mentioned nuns aren’t always wholesome in films? A prime example here.

The Innocents - Powerful story about Polish nuns in World War II (fictional, but based on real events.)

The Letters - True story of everyone’s (except the late Christopher Hitchens) favorite nun.

Even after all of those, throughout August, there will be plenty more nuns to come.

Posted by churchandstates at 9:28 PM