Back to School Month: Overcomer 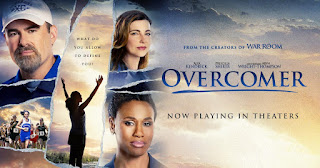 As I was exiting the theater after a morning screening of Overcomer, a woman older than me (so, yeah, old) was throwing something in the trash. She said, “I’m glad I had enough tissue for that; it was so good!” She looked at me and said, “Wasn’t that good?”

I am glad to have this opportunity to confess. Atonement and all isn’t the purpose of this blog, -- we’re here to write about clergy and churches in film -- but I did lie to that woman in the theater, and lying just isn’t right.

When she asked if the film was good, I nodded and said, “Oh,yeah, uh huh.” Which was not strictly true, because I didn’t really think it was very good. I found it tired and cliched, but I’m glad she liked it. So lady in the theater, if by some wild chance you’re reading this, I’m sorry for lying to you. I just didn’t want to offend.

But we aren’t here to apologize or review films, but rather review churches or (this month) church schools in movies. 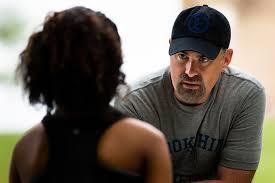 Overcomer was written and directed by Alex Kendrick, also the star of the film. Alex and his brother Stephen are very successful independent filmmakers, first shocking Hollywood and the entertainment press back in 2006 with Facing the Giants. With little publicity, that was one of the ten top-grossing movies the weekend it debuted. Since then the Kendricks have consistently released films with a Christian message that have also achieved success at the box office. (In its debut weekend, Overcomer took in over eight million dollars, placing third on the box office chart, between #2 Good Boys and #4 Fast and the Furious Presents: Hobbs and Shaw.)

Overcomer tells the story of a basketball coach, John Harrison (Kendrick), at Brookshire Christian School (home of the “Cougar Nation”). We see him coaching the last game of the season, suffering a narrow defeat. In the postgame pep talk, Coach assures his team that their rivals will be losing their best players through graduation, but their team (which includes his son) will be intact in the coming season and will probably take it all.

Complications ensue when the local steel plant closes, taking with it the majority of local jobs. The school's enrollment is halved, from 580 to 240. Staff pay is cut by ten percent. Many of the staff resign, including the football coach who realizes he won’t have enough students to field a team. With all the resignations, the school’s principal, Olivia Brooks (as in Our Miss Brooks) informs Harrison he’ll have to coach cross country.

Harrison is not pleased with this decision, claiming “cross country is not a sport,” but Brooks reminds him of all the lectures he’s made as a coach about making sacrifices for the sake of the team. Harrison grudgingly agrees to coach. But when he holds tryouts, only a single student shows. That student, Hannah Scott (Aryn Wright-Thompson), comes with her inhaler in tow; she’s asthmatic. 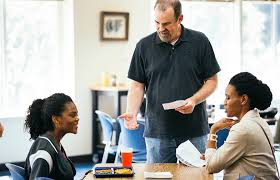 Harrison quite sensibly goes to the principal and tells her they should cancel the cross country program because there is only one student. She tells him the program will go on because “one runner matters.” Which is true. Every person is important. But if you are running a school with quite limited resources, does it make sense to use substantial resources on one student? The hours Coach Harrison will put into cross country could be put into his history classes or another sport that had more student interest. No one seems troubled by the idea of a male coach spending hours alone with one female student. Even if there is no moral problem, the optics are horrible.

The coach could do some recruiting, but he only makes a half hearted attempt to recruit his son, Ethan (Jack Sterner). His son says he’ll run if his father trains alongside him. Coach tells his wife, Amy (Shari Rigby), that their son isn’t interested in the sport.

We later learn that Miss Brooks has a reason to have a special interest in Hannah. She was friends with Hannah’s mother who died years ago from a drug overdose. Hannah has been told that her father died, and so she lives with her grandmother. Hannah is a petty thief and was expelled from her previous schools. The principal pays for Hannah’s tuition at Brookshire to give her one last chance.

Principal Brooks probably provides the best model of Christian behavior in the film. She is the one who lets Hannah knows that God loves her and is her true Father. She explains how Hannah can place her faith in Jesus as her Lord and Savior.

And Hannah does. Hannah’s attitude changes from sullen to joyful. She repents of her thefts, returning all she stole (including the coach’s watch.)

We don’t ever see a church in the film, but we do see Coach Harrison’s pastor. The coach accompanies his pastor to visit another member of the congregation in the hospital. Since both the pastor and the coach can't be in the hospital room at the same time, Harrison waits in the hallway while the pastor visits with the patient. The coach then somehow stumbles into the room of a blind man. 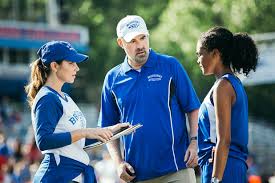 And here's where one of my biggest qualms with Harrison’s ethics comes into play. In the Cross Country Association that Brookshire Christian School belongs to, there is a debate about whether runners should be allowed to use earbuds. The argument against the proposal is that some runners will have an unfair advantage, that some coaches might talk their runners through the race. It is then suggested that the rule be amended so that runners could only use one bud (so that they could hear officials and other runners with the free ear) and that they can only listen to prerecorded material.

Originally, Harrison opposed the rule change. But then he enthusiastically campaigns for the change. Which passes.

In this way, he gives Hannah the unfair advantage that many coaches feared -- the reason for the earbud rule. It is not a spoiler at all to say that Hannah wins the big race, because in these films our heroes always win the big game, race, meet, whatever, because we want everything to be as happy as possible before the credits roll.

So what is our Movie Churches Rating for Brookshire Christian School? The principal would earn a Four Steeple Rating, Coach Harrison would earn Two, so I'm combining the two to give the school a Three Steeple Rating.
Posted by churchandstates at 9:46 PM