Ohio movies on the small screen 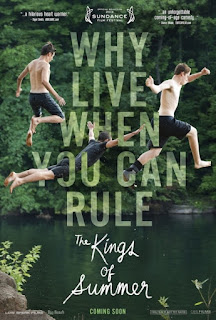 A common, seemingly unending complaint from me on our state-by-state small screen roundups is how rarely films set in states are actually filmed in those states. Not this week! This week every film is set in Ohio, and every film was, at least partially, filmed in the state.

It means we can’t use “Ohio” films like Goodbye Columbus, Bye, Bye Birdie or A Nightmare on Elm Street or The Man Who Came to Dinner, and yet we still have plenty enough.

We can start with The Kings of Summer. This is a coming of age story, and in this film, that’s not code for a film about a character’s first sexual experience. Too many films equate becoming a man or woman with sex. (The R rating for the film is mainly due to language.) In the film, Joe (Nick Robinson) is in constant conflict with his widowed father (Nick Offerman). Joe decides to build a house in the woods and invites his best friend to come along. The film explores what is true independence along with the question of whether independence is worth the cost.

If you’re a fan of TV sitcoms, you’ll recognize many faces from popular shows. Besides Parks and Recreation (Offerman), other shows represented include Community (Alison Brie), Silicon Valley (Tom Middleditch, Kumail Nanjiani), Will and Grace (Megan Mullally), Arrested Development (Tony Hale), along with several others.

Some of the film was made in North Carolina, but a number of Ohio locations are used, including Cleveland, Chagrin Falls, Warrensville Heights, Lyndhurst, Bainbridge and Berea.

Jodie Foster was an amazing child actress, so it makes sense that when she directed 1991’s LIttle Man Tate, she chose a story that features a child. Foster acted in the film as well, playing the mother of a child genius (Adam Hann-Byrd), seeking to get her the child the best education possible. Ohio locations: Oxford, Cincinnati, and Columbus.

Another actor/director, George Clooney, made a film in Ohio, 2011’s The Ides of March. The film is about dirty politics on the presidential campaign trail, and yet every slimy candidate in the film (trigger warning, political commentary) is more appealing than the two major candidates this year (commentary done). Ohio locations are in Oxford and Cincinnati.

One of my favorite new filmmakers is Jeff Nichols. He often makes films in the South and his native Arkansas, but he made 2011’s Take Shelter in Ohio. The strange but powerful story of a man (Michael Shannon) with apocalyptic visions was filmed in the Ohio locations of Elyria, Grafton, LeGrange, Chardon, Oberlin, Lorain, and Catawba Island.

Jim Jarmusch, the quirky independent writer/director, made his breakthrough film, 1984’s Stranger Than Paradise (a road picture), in three different locations; New York, Florida, and Cleveland, Ohio. An earlier independent film, Larry Peerce’s 1964 One Potato, Two Potato, was one of the first films to deal with the topic of interracial marriage. The whole film was made in Painesville, Ohio.

Paul Schrader, the writer of Raging Bull and Taxi Driver, is one of the more lauded filmmakers of the ‘70’s. He not only wrote but also directed 1987’s Light of Day. The movie has surprising co-stars cast as brother and sister (Michael J. Fox as a tough, cigarette smoking rock and roller and Joan Jett as an even tougher smoking rock and roller) who form the band, The Barbarians. The film is set in Cleveland, and some of it was filmed there.

If you’re going to make a film about the Cleveland Indians, you better film some of it in Cleveland. Sadly, the only Ohio filming was the exteriors of the stadium, but I really like 1989’s Major League, so we’ll say that’s good enough. The film features two of my favorite actors that never seemed to be used enough, Tom Berenger and Rene Russo. Also cast in very funny roles, Charlie Sheen and Wesley Snipes can be seen prior to their legal woes and general (real life) craziness. 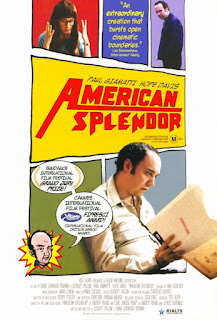 Another film with just a bit filmed in the state (flyover shots of Cincinnati), I’m including this next one because it’s one of the best films of all time. Ranked #37 on the American Film Institute’s list of greatest films, 1946’s The Best Years of Our Lives won 7 Oscars; including Best Picture, Director (William Wyler), Actor (Fredric March), and Screenplay (Robert E. Sherwood). The film follows three World War Two veterans returning to their homes in Ohio and their struggles to adjust back to work, family, and community. It retains a power to challenge and stir the heart and mind that few films manage seventy years later.

Finally, another movie filmed (almost) entirely in Ohio, American Splendor. Paul Giamatti plays real life cartoonist Harvey Pekar who creates a graphic novel of his own, quite ordinary, life. At a time when superheroes dominate movies, the film is a nice reminder that not only are there good films about ordinary people, there are also good comic books about ordinary people. The movie was filmed on location in Cleveland and Lakewood, Ohio, though the segments of Pekar on The Dave Letterman Show are quite understandably filmed in New York City.

Posted by churchandstates at 4:14 AM