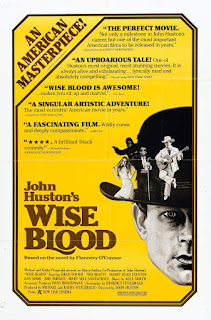 There's a whole bunch of preachers in 1979's Wise Blood who talk about their churches, but you don't really see much in the way of churches in film; which might be just as well, because usually they don't seem like churches you'd like to see.

John Huston adapted the Flannery O'Connor novel, without losing any of its strangeness. It takes place in the gothic South when the "N" word is still sadly prevalent, almost as prevalent as talk about Jesus.

The opening credits of the film are shown over signage: there's a home painted sign that reads "If You Repent God has Forgiveness for You in Jesus Your Savior," and another that reads, "Whatever Enslaves You, Jesus Christ of Nazareth Can Set You Free, Call on Him Now." Even a Dairy Queen puts "Repent, Be Baptized in Jesus Name." The name of Jesus seems to be everywhere, which is not to the liking of the film's protagonist, Hazel Motes.

Motes returned home from serving overseas, finding many changes -- such as a new highway running through town. He goes to visit his grandfather's grave, which is inscribed with the words, "Gone to Become an Angle" (perhaps someone believed in a strange kind of geometric reincarnation). Motes' grandfather (played by director, John Huston) was a traveling preacher, and we see flashbacks to his revival meetings. All the preaching we hear from him is hellfire and brimstone.

There’s a place for such preaching. Jonathan Edwards' "Sinners in the Hands of an Angry God" is one of the greatest sermons in the history of the Church, and warning of hell can be as important as warning homeowners of an approaching forest fire. But such preaching can be lacking in grace, which seems to be the case of this deceased preacher. In one flashback, we see young Hazel so frightened by a sermon that he wets his pants. So the church of Grandpa Motes receives our Movie Churches only one steeple. 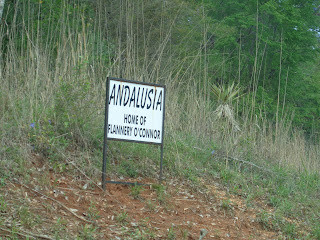 Going to the city, Hazel comes across a street preacher by the name of Asa Hawks (played by Harry Dean Stanton) who claims to be blind. Asa happily shows people a newspaper clipping that tells of the dozens of people coming to the Lord when he promised to blind himself for Christ's sake. Asa doesn't show people the article about his chickening out of blinding himself, but he does tell Motes a very important thing: "Jesus is a fact. You can't run away from Jesus."

Asa is accompanied by his daughter, who hands out flyers that read, "Jesus Saves." His street sermon consists of "Give up a dollar for Jesus." I'm afraid I'll also have to give Asa Hawks’ ministry one steeple because we don't give less than that. 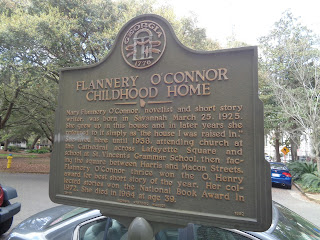 In reaction to the ministry of these two men and what he saw in his service overseas, Hazel Motes begins a very different kind of ministry. He stands on top of his car to proclaim the beginning of "The Church without Jesus Christ Crucified." He attracts a small crowd to proclaim the tenets of his new sect. "Where you've come from is gone, where you're going weren't never there, and where you are you should just run away from" is his doctrine, a homespun existentialism. He claims there was no Fall (into sin) so there's no judgment or need for redemption. 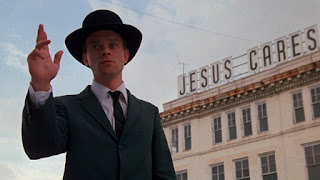 Motes claims have peace, but no one can see it in him. He claims he's no preacher, but everyone thinks he's a preacher. He also says that no one needs redemption if he has a good automobile. But what he claims is his good automobile is continually breaking down. "A Church without Christ" seems as useful as "Food without Nutrition or Flavor" or a "House that Provides No Shelter," so even though Motes has more integrity than almost anyone else in the film, his church in this movie gets just one steeple.

The huckster Hoover Shoates (Ned Beatty) sees potential for profit in "A Church without Christ,"
but when Motes rejects him, Shoates makes his own: "Church of Jesus Christ without Christ." He cites three benefits to his church:
1) Nothing foreign about the church
2) The church is right up to date, so no one will get ahead of you
3) It costs just a dollar to join.

Those are three awfully persuasive selling points, but I'm afraid I'm going to have to give this church one steeple.


So none of these Movie Churches are ones I'd like to join. But somehow, the more these churches exclude Jesus, the brighter He shines.

(Visiting Savannah, Georgia we were able to visit Flannery O'Connor's childhood home and see the farm from her later years) 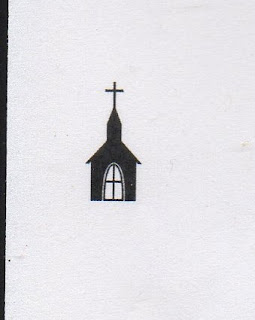 Posted by churchandstates at 4:50 AM