Ohio film on the big screen 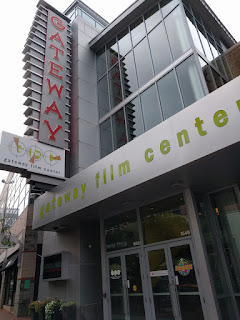 We visited the Gateway Film Center in the Columbus, next door to The Ohio State University.  They were playing summer blockbusters such as Pete’s Dragon and Suicide Squad but also eclectic films such as the Werner Herzog documentary about the internet, Lo and Behold: Reveries of the Connected World, and The Land, an independent film about four teens in Cleveland Ohio. In Goldilocks fashion, we saw a film between these selections: the modern Western Noir, Hell or High Water. 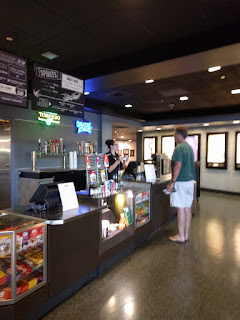 If I lived in Columbus, the Gateway would be my theater. You can sign up as a member for $30 a month for one person or $45 months as a couple and get unlimited movies, access to members only events, and -- most importantly -- bottomless popcorn. (They have even better deals for students.) The staff was friendly and helpful. The film presentation was very good, and the seats were comfortable. And they had cool art for sale in the hallways. It is a cool place.

I liked Hell or High Water, too. It’s the story of two brothers (Chris Pine and Ben Foster) who rob banks to try to save the family homestead. The story is set in Texas but was actually filmed in New Mexico. (The first bank robbery takes place in Archer City, Texas, a place we visited this year, and it looks nothing like Archer City, Texas.) It’s a contemporary film, but the story could well have been set in the Old West (if it had been set in the 1890’s, there would probably been even more sympathy for the bank robbers). 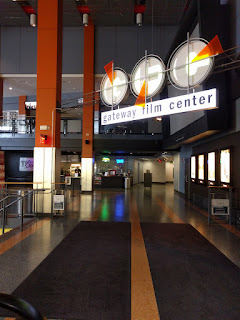 There’s also an interesting scene where the two Texas Rangers pursuing the robbers are watching TV in a motel room. A television evangelist is on the screen, and Ranger Hamilton (played by by Jeff Bridges) asks Ranger Parker (played by Gil Birmingham) to change the channel. Parker asks Hamilton if he’s a Christian. Hamilton says he’s a Christian, but he no more believes God is talking through that preacher than He’d talk through his dog. Hamilton teases Parker about his Native American heritage and asks whether he just worships by whooping around the fire. Parker responds that he is a Catholic.

Oh, and about that art in the hallways... 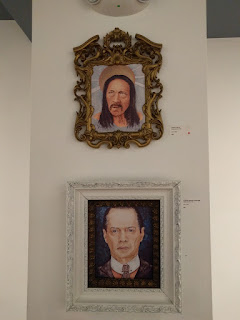 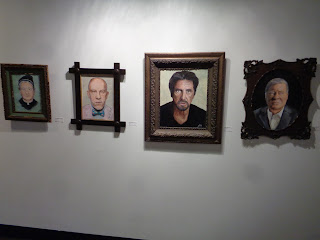 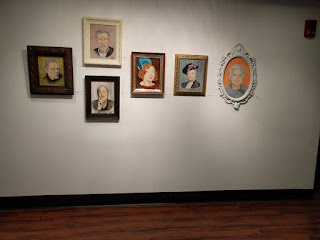 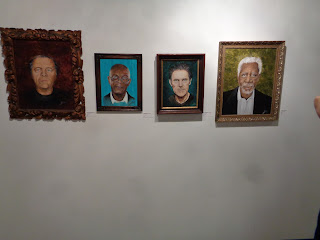 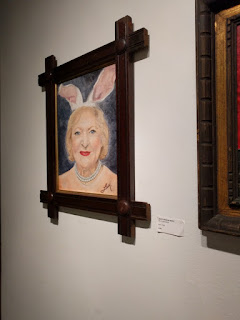 Posted by churchandstates at 7:06 AM