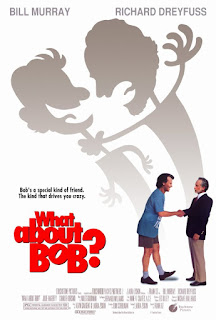 If I was pressed to name my favorite living movie star (RIP Boris Karloff), I’d have to go with Bill Murray. Since I often laugh when I merely see a Murray smirk, the entertainment quotient is most high. I’m happy to kick off this post with a film set in New Hampshire that features one of the legend’s funnier performances: 1991’s What About Bob?

The film tells the story of a psychiatrist, Dr. Leo Marvin  (Richard Dreyfuss), who gets more than he bargains for when he agrees to take on the petri dish of phobias and neurosis that is Bob (Murray). The doctor tries to leave his practice in New York City behind for a vacation at Lake Winnipesaukee in New Hampshire. But Bob -- and his fish -- find a way to join him.

There are no churches in the film, but it illustrates the great challenge of loving your neighbor as yourself (not many people in the film do this very well). We watched this film a day after visiting the real Lake Winnipesaukee. It looked nothing like it. The end credits of the film include thanks to Virginia, the true filming location. 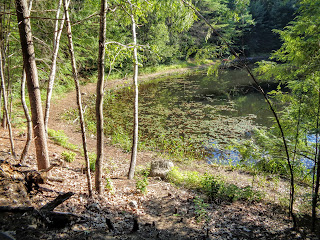 Lake Winnipesaukee was also used as a shooting location for the award winning 1981 drama, On Golden Pond. The story of a cranky old man Norman (Henry Fonda’s last performance) and his difficult relationships with his daughter (real life daughter Jane Fonda) and wife, Ethel (Katharine Hepburn, who met Fonda for the first time on the set), the film won Oscars for Best Actor, Actress and Screenplay. Though set in New Hampshire, Ernest Thompson based his screenplay on his experiences in Maine. And scenic footage from the film was used for the CBS sitcom Newhart, which was set in Vermont.

With a name like The Hotel New Hampshire, you probably already guessed that the 1984 film based on John Irving’s odd novel about family comedy and tragedy was filmed in Canada. But another film based on the work of an acclaimed novelist, Russell Banks, 1997’s Affliction, well, it was filmed in Canada as well, even though it tells the story of the troubled relationship of a small town New Hampshire policeman (Nick Nolte) and his father (James Coburn, whose performance won an Oscar for Best Supporting Actor.) There have been two versions of Vladimir Nabokov’s classic novel about pedophilia, Lolita, but neither Stanley Kubrick’s acclaimed 1962 version nor Adrian Lynn’s not so acclaimed 1997 version filmed the New Hampshire scenes in New Hampshire. The 1940 film version of Thornton Wilder’s play Our Town did include some background shots from New Hampshire. 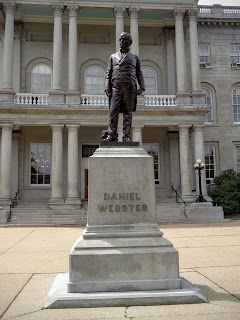 1941’s The Devil and Daniel Webster (aka All That Money Can Buy), based on the Stephen Vincent Benet short story is set in New Hampshire and features one of the state’s most acclaimed historical figures (Webster, not Old Scratch). I couldn’t find where it was filmed, which leads me to believe it was filmed in Hollywood rather than New Hampshire.

John Sayles’s 1980 drama, Return of the Secaucus 7, about the reunion of college classmates, was set and filmed in New Hampshire. The film is widely considered a cornerstone of the modern independent film movement and the model for Lawrence Kasden’s The Big Chill.