Vermont movie on the big screen

“We don’t make fun of people.” 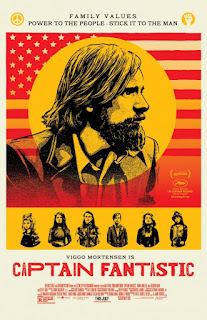 This is the policy of the family in the current art house release, Captain Fantastic. It is said as a joke which happens to be true. This is arguably the case for much of our culture as a whole. Since Christians had a place of dominance in Western society, Christians can be mocked because it’s speaking truth to power. And Christians can’t fight back because their founder said to turn the other cheek. So if they object to being ridiculed, Christians are hypocrites, and deserve more ridicule.

I should say,  though, that the pastor and the church in the film are wholly worthy of mocking. The film is about a family who decide to live off the grid in the wilderness of Washington State. The mother has had to leave because of mental health issues, and her parents pay for her hospitalization. After she (small spoiler) commits suicide, her parents decide to give her a Christian funeral and a “Christian burial.” The pastor and the church go along with this plan. 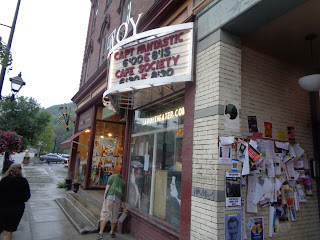 The problem is that the woman left a will expressing her Buddhist philosophy and her desire for cremation. Therefore, everyone involved has not only an ethical obligation but also a legal obligation to honor the woman’s wishes. The children’s father, Ben (Viggo Mortensen), comes to the service and walks uninvited to the front of the sanctuary. He reads from the will. He also mocks the pastor for giving a superficial eulogy without knowing the woman being memorialized. If I were the pastor conducting a service, I would allow the spouse of the deceased, of all people, to have his say. But instead, security guards boot the husband out of the service and Jack, the deceased woman’s father (played by Frank Langella),  promises to have Ben arrested if he tries to come to the graveside service. We see things from Ben’s perspective, and we may not have the whole story, but I’m still giving the church in the film a meager 2 Steeple rating. 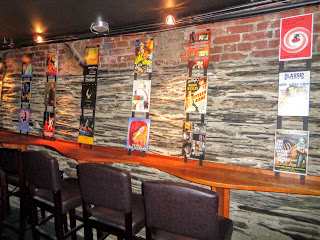 But I did like the film itself.  The actors playing the children in the film are attractive and are able to keep themselves relatively clean and their hair quite shiny while living in the wilderness. One technical point that bothered me (Mindy pointed it out). The eldest child in the family received acceptance letters from Ivy League colleges; the letters came in business envelopes (4 ⅛” by 9 ½.) Anyone who has dealt with that process knows, rejection letters come in regular envelopes and acceptance letters come in big packets with brochures, forms, and maybe even bumper stickers. Sometimes it’s the little things that bother one in a film. 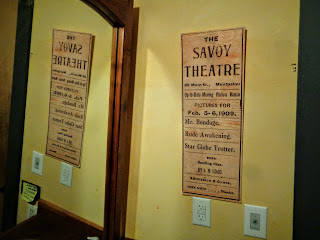 But we enjoyed the film and especially the theater we saw it in, The Savoy in Montpelier. The building was used to screen films at the beginning of the 20th century, but it hasn’t been in continuous use as a movie theater. There are now two screens, one in a basement area (where we saw our film). Popcorn with real butter is reasonably priced, and an assortment of adult beverages are for sale. The staff was friendly. And the theater has a membership program that allows members to borrow from a library of DVDs (with some hard to find items). It’s a cool little place. 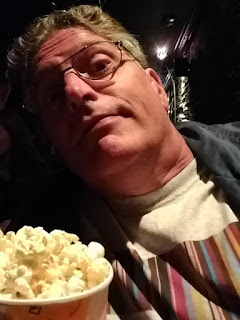 Posted by churchandstates at 9:04 PM