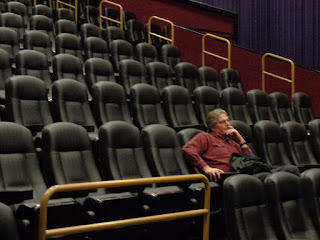 To be honest, most films don’t exactly have good life lessons.
I love Liam Neeson action films, and while Taken does teach the important lesson that Father Knows Best (and as much as we in the audience cheer on his sadistic trail of revenge to save his daughter), we know that going out on our own to kill bunches of people would not lead to good places. We may delight in James Bond’s bon mots as he hops from one bed to another, but in real life, emotional and spiritual havoc is brought on by such behavior (leaving aside pregnancy and STDs).

I am a Christian and a pastor who also happens to love films. I recognize that most films, even ones that I enjoy, don’t present a healthy approach to decision-making or relationships. I’m with Paul who (in Romans 12:19) advised against taking revenge because that's God’s territory. Yet I still want to see Wayne or Eastwood shoot up the town. I agree with the writer of Hebrews in the 4th verse of the 13th chapter that the marriage bed should be kept holy, but part of me really wants Rick to fly off with Ilsa.

But every once in a while, the filmmakers get some things right and show characters making choices that would be wise choices in real life. The following films are sources of spiritual encouragement for me, and maybe they will be for you, too. 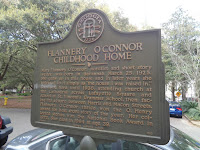 11) Wise Blood (1979)
John Huston adapted Flannery O’Connor’s tale of a man who tried to create a "Church without Christ," but instead finds he can’t escape Christ. These are two films in a row of people not being faithful where God is faithful. Both films encouraged me greatly.

10) Millions (2004)
In Luke 16 you can read the parable of the Shrewd Manager about a man who used resources he was entrusted with for his own benefit. The point of the story is that we should use our resources for the benefit of others and eternity. This story is told in another way in this film. (I do have a problem with St. Peter's recollections in this film, but otherwise…) Bonus -- it's a Christmas film!

9) The Case for Christ (2017)
This is the only “Christian” film on the list. Most films made by Christian filmmakers are… what's the word? Oh yeah. Bad. This true story of Chicago Tribune reporter Lee Strobel’s investigation into the truth of the Christian faith works. For three Christmases, I’ve shown this film to men in a recovery program at my mission, and every time they've found it to be moving in a positive way.

8) Ordet (1955)
The great Scandinavian director, Carl Theodore Dreyer, told this story of a family and a town, divided by petty denominational differences, brought together by a man who seems mad -- and a miracle.

7) Chariots of Fire (1981)
“I believe God made me for a purpose, but he also made me fast. And when I run I feel His pleasure.” So says Eric Liddell in this Oscar-winning story of an Olympian who didn’t put his sport first. Liddell was a man who recognized what was truly important in life but found joy in secondary things as well.

6) Joyeux Noel (2005)
This is the second Christmas film on the list. Set in World War I, it tells the story of peace on Christmas Eve. If it could happen that one night, why not more?

5) Babette’s Feast (1987)
This Oscar winner for Best Foreign Language shows the joy to be found in sharing your gifts with others.

4) A Hidden Life (2019)
Terrence Malick isn’t known for making edge-of-your-seat blockbusters. This isn’t an exception to the rule. It's a meditative telling of a lone man's opposition to the power of the Third Reich. 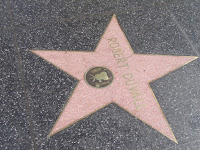 3) The Apostle (1997)
Robert Duvall has starred in three of the best films about Christianity ever made. (If this was a top twenty list, I would have also included Get Low.) Duvall wrote and directed this film, as well as starring as the Apostle, E.F. There have been many films about flawed clergymen, but this film does an amazing balancing act of presenting a preacher’s mistakes and sins with the glory and value of the Gospel.

2) Leon Morin, Priest (1961)
Over this blog's seven years, I’ve seen many pastors on the silver screen. Some were crooks and murderers, but more often they were sappy and insipid. This French film presents an intelligent, funny, and wise man who is also faithful to God and his ministry.

1)Tender Mercies (1983)
This is my favorite film about faith. An alcoholic country-western singer passes out in a small, rural motel. The motel's owner cares for Mac Sledge (Robert Duvall) as he comes to recovery and new life. He still has pain and regrets. I work with men overcoming addictions to alcohol and drugs, and this film rings true. Mac’s walk of faith rings true. And do you know what else? The pastor and church in this film deserved the Four Steeple Rating.

Posted by churchandstates at 3:28 PM