There’s something marvelous about visiting the location where a favorite movie was filmed. When we watch a movie, we know it’s all make-believe, but visiting a location… Well, we feel like it might be just a bit real.

Over the seven years of writing Movie Churches, I've had opportunities to visit some favorite film locations. This list includes some from the Movie Churches blog and some not, but they're all places I recommend visiting. 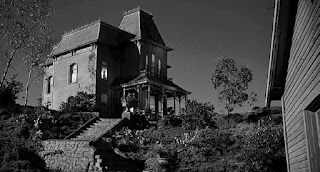 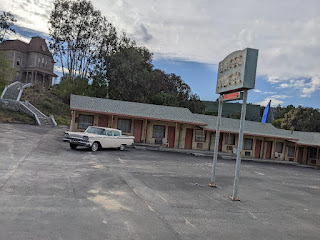 Frankly, this one seems like a bit of a cheat. After all, it's at a movie studio rather than a “real” place, but this is genuinely where Alfred Hitchcock filmed his classic -- and it is a little spooky being there.

This was a location that we did visit for Movie Churches (and our church blog - Dean and Mindy Go to Church.) But I liked this film long before I wrote about it. The scene where Ben (Dustin Hoffman) interrupts the wedding of the girl he loves is iconic. Bizarrely, this has made the church where this scene was filmed popular as a wedding site. 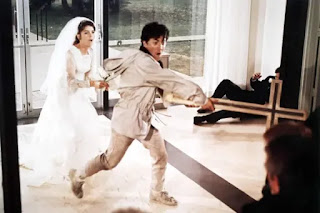 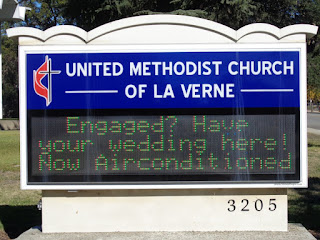 It is rather a meta-event that Philadelphia (in the movie) gave a statue to honor the boxer, and the film company gave the statue to the city to honor the actor Sylvester Stallone and the movie. In the film, the statue is at the top of the outside stair that leads to the Philadelphia Museum of Art but now the statue is at the bottom of the steps. (I have also run up the steps, as Rocky does in the films, but probably not as fast.) 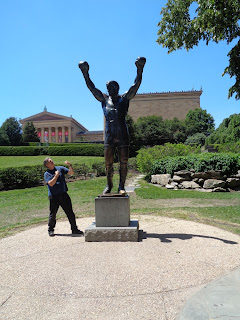 This is another location we visited for our blogs. The location of the church is very different from that in the film. It’s in the mountains, it was snowy the day we visited, whereas in the film the church seems located in a town in a flat, arid location in the Western frontier. It was cool to be where one of the greatest Westerns was filmed. 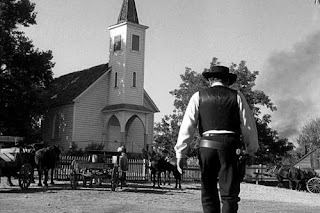 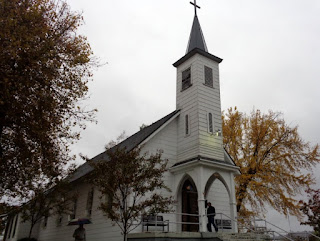 Though we never wrote about this film for our blog, it was fun to be in the location where one of the Christmas movies our family views every year was filmed. We took off our shoes because… Well, not because it is a sacred place exactly, but because… If you’ve seen the film, you know why. 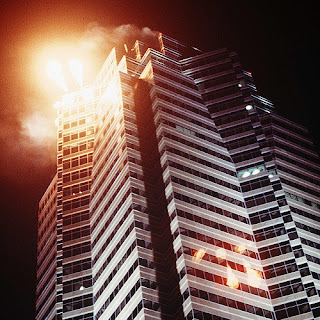 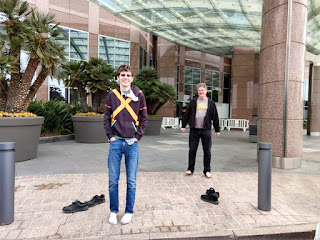 Posted by churchandstates at 8:51 PM