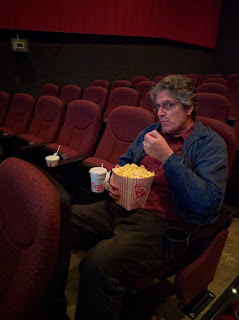 Today, 2022 comes to an end, along with weekly posts here at Movie Churches. After seven years, we’re wrapping Movie Churches as a weekly blog, though we might, on occasion, see a film with a church or a pastor that just has to be written about. And this will be the spot to find that story, but we won't be posting weekly anymore.

Sadly, people who don’t know Christians or haven’t been to churches know only the twisted presentations of the Church in movies, which means the Christian Church has two big tasks before it. One is to get involved in the arts and see that there are realistic and encouraging presentations of faith, but even more, Christians need to be real, loving, and living examples of faith in the lives of friends and family.

I've got one final task before the year ends. It's been our tradition to note the best and worst of what we’ve seen this year, so without further ado…

The worst film we saw of 2022 was Morbius. Sony Studios has the rights to Spiderman and the citizens of the Spiderman universe such as Venom. Venom wasn’t a very good film and Venom: Let There Be Carnage is worse. And yet, with Morbius they managed to set the bar even lower. It's just a mess of CGI thrown together.

So on to cheerier things -- my five favorite films of 2022, with a note of which ones could have been featured if Movie Churches had gone on:

5) The Fablemans
Steven Spielberg wrote and directed this autobiographical roman à clef which tells about the family life and inspirations of a young director. It’s an uneven film, but there are some magical moments. There are no churches or clergy, but there's a young Christian woman who seems to believe making out is an important evangelistic tool.

4) Guillermo del Toro’s Pinocchio
This year, two big-budget versions of this tale were released, but the live action version wasn’t very appealing to me. This stop-motion version gives a unique presentation, setting the film in fascist Italy. The songs were forgettable, but it made me laugh several times, especially when the wooden boy called out, “I wanna go to church! I wanna go to church!” The film does have a priest and church, so it could have been written about in this blog… But they wouldn’t have gotten a very good Movie Churches Steeple Rating. (But shame on you, Netflix, for not letting us see this in a theater.)

3) Top Gun: Maverick
I didn’t care much for the original film, but the sequel delivered all the fun and excitement you could hope for from a summer blockbuster. Tom Cruise delivers a real movie star performance. But there are no churches or clergy.

2) Everything Everywhere All at Once
If you haven’t heard about this film about a family and the multiverse, just watch it. Don’t learn more. It's very funny and poignant and Michelle Yeoh is wonderful. She’s always been a great action star. but in this film she’s also a very good comedian. And seemingly from out of nowhere, Ke Huy Quan (Short Round from Indiana Jones and the Temple of Doom) gives an equally marvelous performance. But no churches or clergy.

I) The Banshees of Inisherin
I went to see this film only knowing it was written and directed by Martin McDonagh (the writer and director of In Bruges), and that was enough to get me in the theater. It is the story of two long-time friends -- well, more like acquaintances -- living in a small community on an isolated Irish island. When one tries to break off the relationship, both prove willing to take extreme measures to end, or prolong, the current state of things. There is a church and a priest in the film that provide good moments of humor, but again, wouldn’t receive a very high Movie Churches Steeple Rating.


It only seems fair to let you know all the films I watched this year, so you’ll know the pool these films were chosen from: 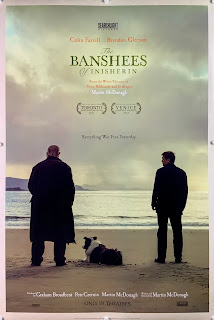 Viewed In theaters
The Outfit

The Unbearable Weight of Massive Talent

Crimes of the Future

Everything Everywhere All at Once

See How They Run

The Banshees of Inisherin

Valley of the Dead

Death on the Nile

Dr. Strange and the Multiverse of Madness

Thank you for your faithful reading of this blog through the years. If you haven’t been reading faithfully, enjoy catching up! 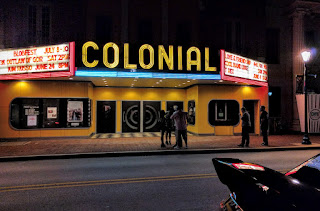 Posted by churchandstates at 9:31 AM