Last Friday, Movie Churches began our virtual tour of England with One of Our Aircraft is Missing. Of course, this isn’t our first trip to Blighty and so today we thought we’d pull out the scrapbook and think back on trips past.

A film made in 1942, the same year as 1oOAiM, Mrs. Miniver also was considered a great work of WWII War-Time Propaganda. Though it was supposedly set in England, it was actually filmed in the United States by an American studio, made primarily by Yanks. There was a mix of Brits and Americans in the cast.

The creators of 1oOAiM, Michael Powell and Emeric Pressburger reached their greatest level of acclaim with a film about Anglican nuns set in Nepal, Black Narcissus, which was one of our Christmas films just last month. As Charles Dickens knew well, England is a wonderful place to celebrate Christmas, as Movie Churches did with the films Millions and Last Christmas. 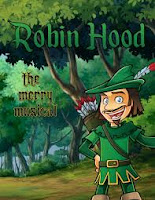 One of the advantages of visiting England via film rather than in person (along with avoiding new Covid strains and their Covid lockdowns) is that we can visit Merry OLD England as well as the present. In November of 2018, we spent a whole month in the 12th Century with Robin Hood, though our focus, of course, was on Friar Tuck. We went even further back in English history when we looked at Monty Python and the Holy Grail.

The Holy Grail is just one of many English comedies we’ve viewed here at Movie Churches. We’ve seen classic comedies with great comedians such as Peter Sellers (Heavens Above!) and Rowan Atkinson (Keeping Mum). Though not always thought of as a comedian, Sir Alec Guinness made very funny films such as Kings Hearts and Coronets and The Detective.

Britain can be a funny place, but it can also be a scary place, as seen in the classic Universal Monster film, The Wolf Man set in England, though it was made in the United States. (We also viewed a film made in England, by English filmmakers, The Curse of the Werewolf, but it was set in Spain.)

And when we in the States think of British films, we eventually think of James Bond and the world of espionage. Some time we might find a Bond film with prominent clergy and churches but until then, we’ve had to settle for Kingsman: The Secret Service.

So enjoy the rest of our virtual adventure in England, there are still four more stops in our journey this month!


Posted by churchandstates at 7:22 AM