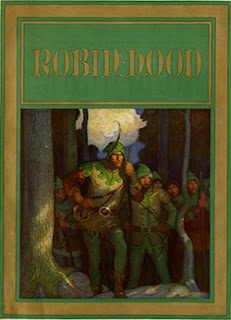 This month marks a special moment in movie history as the millionth depiction of Robin Hood is going to appear on the big screen. Guinness World Records names Sherlock Holmes as the fictional character with the most appearances on film and television (256 and counting), but Robin Hood has been portrayed in films and on television many, many times.

This time, in the creatively titled Robin Hood, the man in green is described as “A war-hardened Crusader and his Moorish commander mount an audacious revolt against the corrupt English crown in a thrilling action-adventure packed with gritty battlefield exploits, mind-blowing choreography, and a timeless romance.”

For the last six hundred years or so people have been telling stories about this legendary figure known for robbing from the rich and giving to the poor. The hero’s persona has varied greatly; sometimes he’s been of noble birth and at times a commoner, at times a supporter of the monarchy and in other tellings an anarchist, sometimes a jolly trickster and sometimes a grim warrior. 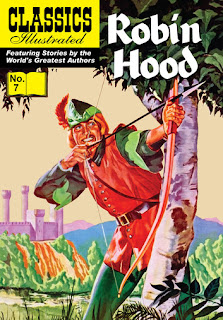 There has been great debate about whether Robin Hood or Robin of Loxley (Locksley) or Longstride or Sir Robin Hode of Sherwood has a basis in history or is purely fantasy. Though real figures of history, such as King Richard the Lionheart and his brother, Prince John, often make cameos in these tales, historians say it’s highly unlikely he was a real guy. The Man in Green’s politics are another point of debate. Those on the left point to his desire to redistribute wealth, while those on the right claim him as an anti-tax crusader. In spite of the controversies, we can learn a number of interesting things from the Robin Hood stories.

Over the years, there’s been less debate about the religion within the legend. Due to the presence of Friar Tuck, one of the Merry Men, the Church and clergy have always been part of the story. Since that’s what we are interested in here at Movie Churches, throughout November we’ll be looking different portrayals of Robin Hood, focusing particularly on the good friar -- but also the church in the stories (always the Roman Catholic Church at this moment in English history). We’ll have Merry Olde Times.
Posted by churchandstates at 7:33 AM