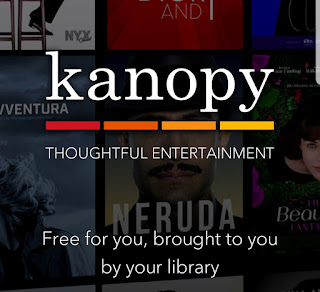 This month we're showing our appreciation for the movie service Kanopy. Many people are cutting the cable cord and are instead using streaming services, but the cost of those services can add up almost as quickly as a cable bill. Kanopy is a free service available through local libraries, so this month we’re saving you money by looking at movie churches we found there. The following films that we've already written about are also available on Kanopy. If you're interested, click on the title to see what we thought of the churches (or clergy!) in the following films:

Bernie - A dark, true comedy that will raise debate about whether the title character is, or is not, a Christian.

Carnival of Souls - A strange, low budget horror film that haunts. And one of the few films ever made about a church organist.

Dead Man Walking - Audiences may be divided on their views about capital punishment, but I have a hard time imagining anyone not being moved by the true story of Sister Helen Prejean. 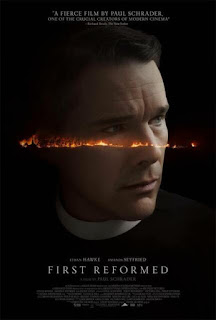 Merry Gentlemen - Not exactly Michael Keaton’s most popular film (that would probably be Batman or Beetlejuice or maybe Toy Story 3), but it is a decent little film noir and if you watch it, you may well be the only person in your neighborhood who has done so.

War of the Worlds - There have been a number of adaptations of H.G. Wells’ classic science fiction story of alien invasion, but this 1953 version is my favorite.

Posted by churchandstates at 6:02 AM