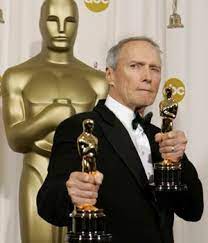 A number of films that have won the Best Picture Oscar have had another privilege almost as distinguished: being featured in Movie Churches. So which were those double prize winners?

All Quiet on the Western Front (1930) One of the great anti-war stories, wherein (sadly) there is little comfort from clergy to be found.

How Green Was My Valley (1941) When this film is remembered these days, it’s usually as the film that beat out Citizen Kane for Best Picture. It’s a warm-hearted story with a kind clergyman whose very Welsh name is Gruffydd.

Mrs. Miniver (1942) Joseph Goebbels, Hilter’s director of propaganda, considered this picture a masterpiece of political persuasion. Even the clergyman in the film seems more concerned about the King of England than the King of Heaven.

Going My Way (1944)  Back in the day, Hollywood was happy to portray priests as Regular Joes who were just (perhaps) a little nicer than other guys. As long as they weren’t too, you know, religious.

On the Waterfront (1954) One of my favorite portrayals of a priest, Karl Malden’s Father Berry, is looking to fight corruption, along with saving souls.

The Sound of Music (1965) In this beloved musical, a wonderful contrast to those nasty Nazis is provided by the spirited nuns of Nonnberg Abbey.

A Man for All Seasons (1966)  Screenwriter Robert Bolt challenges us to consider what we would be willing to sacrifice for our conscience and for our faith.

The Godfather (1972) Often considered one of the best films ever made (especially if it’s a list of American films), the clergy in this saga is too often comfortable with men who do evil.

Chariots of Fire (1981) Based on the true Olympic exploits of Eric Liddle, whose love of running was only surpassed by his love for God.

Million Dollar Baby (2004)  The second film that Clint Eastwood directed to a Best Picture win deals with the thorny issue of euthanasia. I wish Clint’s boxing manager in the film had listened more closely to his priest.

Spotlight (2015) The church and the clergy don’t come off well in this film, and rightly so, in this story based on true accounts of pedophilia in the Catholic Diocese of Boston. It's a film that brings Jesus’ teaching on millstones all too vividly to life.
We've added four films to this list this month: Patton, Amadeus, Driving Miss Daisy, and 12 Years a Slave. The big question at this year's Oscars is if the Movie Church featured in this week's post will be a winner as well.

Posted by churchandstates at 7:41 PM