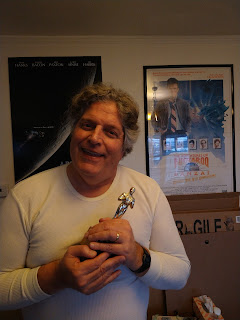 The 1960s brought in a new era in Hollywood. With the end of the Hayes Code and the beginning of the rating system, movies were allowed to portray more sex, violence, and questionable morality than they had for years. In addition, lawsuits during the previous decade ended exclusive talent contacts and studio ownership of movie theaters, further weakening the old studio system.
Earlier in the 20th century, studios had exclusive contracts with directors, writers, and actors. They could put together a package for a film and demand theaters to play it. When Oscar time came around, a studio head could strongly suggest that everyone who worked for MGM or Columbia or Warner Brothers should vote for the film of his (always “his”) choosing.

With the 1960s, the tone of films changed, and it may well be that the changes especially impacted Oscar nominees. These are some of the Best Picture nominees we’ve looked at in Movie Churches:

1960’s Elmer Gantry, about a corrupt evangelist, pushed the envelope not just on religion but also sexuality as well. Though it didn’t win the Best Picture Oscar, it did win Academy Awards for Burt Lancaster (Best Actor), Shirley Jones (Best Supporting Actress), and Best Adapted Screenplay for Richard Brooks.
1963’s Lilies of the Field won the late Sidney Poitier a Best Actor Oscar. This film offered a much more kindly presentation of organized religion with a very sweet cloister of nuns.

1967’s The Graduate featured a church setting that Mindy and I were actually able to visit. The film itself was an iconic symbol of the younger generation's alienation.
Though based on a story that was hundreds of years old, 1968’s Romeo and Juliet also became a symbol for the younger generation of the 1960s.

1970’s M*A*S*H was an anti-war comedy that attacked the military, the government, and also religion.
On the other hand, 1973’s The Exorcist was a horror film that depicted the Roman Catholic Church in a most favorable light, but many churches advised their congregants not to see the film because of its violence, obscenity, and perceived blasphemy.
1982’s legal drama, The Verdict, was also quite critical of organized religion -- at least the bureaucracy of the Roman Catholic Church.

I have often referred to 1983’s Tender Mercies as my favorite film for depicting the Christian faith. It didn’t win for Best Picture (though it was better than Terms of Endearment, the winner that year), but it did win Oscars for Robert Duvall (Best Actor) and Best Original Screenplay for Horton Foote.
It was a time when country-themed films seemed all the rage. In 1984 three prominent films about family farms came out: Country, The River, and Places in the Heart. Only the latter was nominated for Best Picture, and Sally Field won Best Actress and Robert Benton won for Best Original Screenplay.

1986’s The Mission is the story of missionaries, so the church and clergy are much more central than in most of these films -- but the only Oscar this Best Picture nominee won was Best Cinematography.

In 1990’s The Godfather III, the church and the clergy play a bigger role than in the previous Godfather films (which is a good thing for Movie Churches), but the film isn’t nearly as good as the previous two.

2007’s There Will Be Blood managed to have an even bleaker view of life and the church than the Godfather films. It also won a cinematography Oscar as well as a Best Actor Oscar for Daniel Day-Lewis.

In two weeks we’ll look at the Best Picture winners we've featured in Movie Churches over the years.

Posted by churchandstates at 4:50 PM