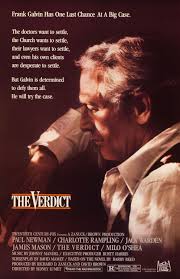 “What is the truth?” Bishop Brophy (Edward Binns) asks in Sidney Lumet’s 1982 film, The Verdict.

The question is a little different than Pontius Pilate’s in John 18:38, “What is truth?”  In David Mamet’s script, Bishop Brophy uses a definite article in his question, making his question more practical than philosophical. But really, does any member of the Christian clergy want to be compared to the man who turned Jesus over to be crucified?

In the movie, the bishop is talking to a lawyer, Frank Galvin (Best Actor Nominee Paul Newman), about a court case. They’re discussing settling a legal case against St. Catherine’s Hospital, which is owned by the New York Catholic Diocese. Galvin represents a woman who, during a Caesarean at the hospital, lost the child, her sight, hearing, and slipped into a coma from which she is unlikely to awaken. He wants the case to go to court, but Brophy points out that “nothing we can do can make the woman well.”

Galvin then points out that without a trial, “no one will know the truth.”

That’s when the Bishop asks, “What is the truth?” 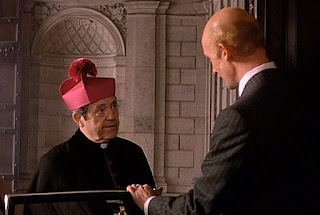 When the Church (or a university or a newspaper or a judge) thinks a piece of truth should be covered up for “the greater good,” it’s a problem. The bishop argues that they shouldn’t make too much of a fuss about this one woman. “It’s a question of continuing values. For St. Catherine’s to continue to do good in the community, she must maintain the position she holds in the community. So...we have a question of balance. On the one hand, a hospital and its effectiveness and that of two of its important doctors; and on the other hand the rights of your client, a young woman in her prime deprived of her life, her sight, her family. It’s tragic. A tragic accident. Nothing, of course, can begin to make that right. But we must do what we can. We must do all that we can. Yes, we must try to make it right.” They’re doing all they can, except for admitting guilt. 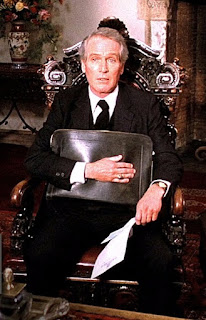 So the church doesn’t come across well in the film, but there is a bit of truth is what the bishop says. These days I hear people, particularly evangelical atheists, who say that the world would be better off without churches or organized religion. Do those people realize how many hospitals and medical facilities in this country, let alone worldwide, were founded by churches and continue to run because of the service and finances of churches?

Catholic hospitals in particular do much good. The world is a better place because they exist, but if something wrong is done in a church or a church-run institution, it shouldn’t be covered up. Jesus said, “I am the Way, the Truth and the Life.”

Instead, in the film, we hear of a priest who tries to defend the Catholic hospital’s mistake when he’s talking to the coma victim’s sister. She tells Galvin,  “Father Loughlin, he said it was God’s will.” 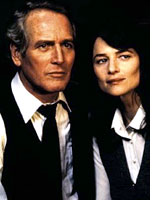 In the film, the truth is pursued in court. At the beginning of the film, Frank Galvin doesn’t seem to be an ideal advocate of truth. We see him bribing funeral directors to gain access to families at memorial services. He is the lowest of ambulance chasers, but when confronted with this case, he resolves to finally do something just because it is the right thing to do.

As he tells the jury, “You know, so much of the time we’re just lost. We say, ‘Please, God, tell us what is right; tell us what is true.’” Even when the judge seems to be trying to suppress the truth, the truth comes out. Christians believe in the God of Truth -- not just the truth of Scripture, but any truth, even legal truth, is God’s truth.

Posted by churchandstates at 7:18 AM