In Theaters Now (if your theater happens to be open): Let Him Go 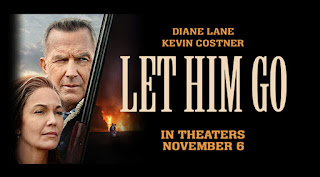 If you’ve ever been on a long car trip, you know the frustration of trying to find something decent to listen to on the radio. With all due respect to the music on Spanish language stations, it is not my jam -- but sometimes it's all I can find. Also not a fan of Country/Western music ( aka “both kinds of music” #BluesBrothers), which can also be omnipresent. At times while driving, I could only find one radio station, and it was broadcasting “Coast to Coast with George Noory” with discussions of the oddest of conspiracy theories (but maybe it’s true we don’t see Sasquatch much because they're being hunted by alien invaders).

At least we have the satellite option if we're willing to pay for it. This wasn't the case back in the day.
In the 1960s setting of Let Him Go, a long-married couple, George and Margaret Blackledge (Kevin Costner and Diane Lane) are on a road trip to see their grandson. AM was the only option in those days. The only thing they can find on the radio is a preacher who says, “You may think you’re a believer but you will find yourself in the Lake of Fire!”
Margaret shuts off the radio saying, “That Bible thumper sounds like your father!”
George responds, “He didn’t just thump Bibles.”
This drama doesn't have much church, except the radio preacher, who only gets a few moments in the film. Talking about Hell has its place -- Jesus certainly talked about it -- and there's even a place for discussing brimstone and lakes of fire. But radio preachers need to remind themselves that people tend to remember only a small portion of their sermons, and context is everything.

There is another mention of faith in the film. George says to Margaret, “You only believe in this world, yet you believe that horses have souls.” One of the things that seem to bind them is a lack of traditional faith. And with George, that lack comes as a reaction to his father, whether that father was a clergyman or a layman (which isn't clear).

So we can only give that radio preacher a Two Steeple Movie Churches rating, and we're being generous. 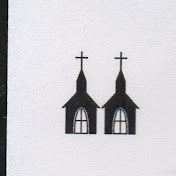 Posted by churchandstates at 5:32 PM