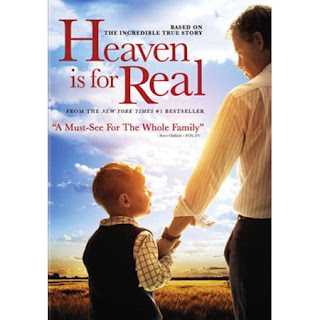 2014 was a big year for Christian films -- films with Christian themes and films produced by Christians. The film industry was shocked by these films taking in big box office numbers. Few predicted that Heaven is for Real, the adaptation of a best-selling memoir of a boy's adventures through the pearly gates would take in over ninety million dollars.

One of the nice things about writing movie church reviews is I not have to review the film itself,  but also I don't have to decide upon theological and epistemological questions. So reviewing this film adaptation of the book of the same title by the Reverend Todd Burpo (played in the film by Greg Kinnear), I don't have to decide whether Burpo's claims are true or not. You can decide for yourself whether you believe Burpo's four-year-old son visited heaven.

I'm just here to evaluate the Crossroads Wesleyan Church as depicted in the film. This church may or may not be like the church in real life (frankly, I hope it isn't) but for our purposes here, it doesn't matter. So we'll just look at some of the elements of the church in the film for evaluation.

Sonja Burpo (Kelly Reilly), the pastor's wife, runs the music program. Pastor Burpo dreads Monday night women's choir rehearsals. Part of the problem seems to be that they only sing one song, "Come Thou Fount of Every Blessing." Sure, we do hear them perform one other song from the public domain, "Jesus Loves the Little Children." But "Fount" is the mainstay, and we hear it several times in the film. I guess if it's good enough for Mumford and Sons (skip ahead to about the one minute mark) it's good enough for Wesleyan. 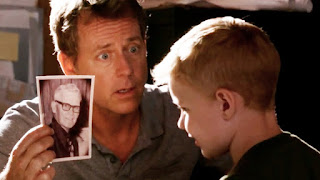 This doesn't seem to be a pastor-led church. There are plenty of churches in America (primarily Baptist and independent fundamentalist churches) where the pastor's word is law. This church is run by a leadership team apparently not called deacons or elders but simply "the Board." There are four members of the Board, but just two of them seem to make all the decisions; Nancy Rawling (Margo Martindale) and Jay Wilkens (Thomas Haden Church.)

At one point in the film, the church board tells Pastor Burpo they're not pleased with his performance, and they're looking for someone to replace him. I have no doubt this has happened in some churches, but it is pure leadership idiocy. It's not fair to the pastor who is expected to keep working through the leadership has no faith in him. No pastor with integrity is going take a position where the current pastor is forced to dangle on a string. And it's not fair to a congregation. If a church needs to fire a pastor, it's wise to take time to evaluate the state and mission of the church before a new person is hired. The church leadership here doesn't seem wise.

Here is where I have the biggest problem with the church. In 2 Timothy 4:2, Paul urges Timothy to "preach the word, be prepared in season and out." But Pastor Burpo, according to Wilkens, "preaches from the heart" not necessarily from the Word. The first sermon we hear from him, he talks about The Last Battle (a great book in The Chronicles of Narnia by C. S. Lewis) but we don't hear him mention any Scripture. The next time we hear him preach, he mentions Romans 12, but in not much detail.

My real problem is his final sermon of the film. In that sermon, he spends the time telling about his son's experience in heaven. That is the content of the sermon. Whether his son's story is true or not, it's not preaching from the Bible. And that is what a pastor should be doing with pulpit time. When he addresses the issue of whether heaven is real or not, he goes on about heaven being a baby's newborn cry and sunsets and the assistance of doctors and nurses and such. He really sounds like that newspaper editor who wrote Virginia to assure her there was a Santa Claus.

So, though the church in real life might be swell, for all I know, I wouldn't be going to the Crossroads Wesleyan Church as depicted in the film.

(This post first appeared in 2015 in our Dean and Mindy Go to Church blog before this blog came to be. I didn't do Steeple ratings at that time, but it would probably had gotten 2 or 3 Steeples.)

Posted by churchandstates at 9:01 PM