Around the World with Missionary Movies 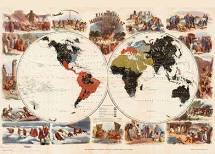 This month we’re touring the world with missionaries. Some of the missionaries are good, some are, um, not so good as we saw in last week’s film, The Mosquito Coast. But a great thing about missionary films is that one at least can usually see some great scenery. So as we go on with Missionary Month, let’s look at Missionary films of Movie Churches as a world tour, taking films by continent, starting with…

We have the quite awful work of Madonna (with then-husband, Sean Penn) in Shanghai Surprise. A much better film, but not a good missionary, can be found in The Darjeeling Express. Old Hollywood sent missionaries to China in The Keys of the Kingdom. The best film we’ve done takes place in Japan, Silence.

We only have a couple of films on this continent, but they are great ones. The Oscar-winning classic, The African Queen with Bogart and Hepburn. And a wonderful film set in Algeria, Of Gods and Men. 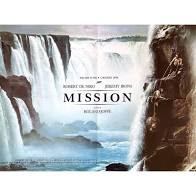 Getting closer to the home of Movie Churches, we go to South American with a true story, The End of the Spear in Ecuador. The Mission, a great film, takes us to filming locations in Argentina,  Brazil, Columbia, and Paraguay.

I’m saying The Devil at 4 O’Clock takes place in North America, but it really occurs on a fantasy island, but it is a “Pacific island”. We do have an actual Pacific island, Hawaii, in Molokai. There is a brief excursion to Mexico in Christian Mingle. And a very good film takes place with Native Americans in what would be Canada, Black Robe.

Posted by churchandstates at 7:58 PM