On the Big Screen in Nebraska 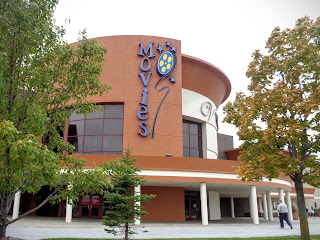 Have I mentioned at Movie Churches that I used to usher at movie theaters? It really would be the best job in the world if you could make a living at it, but theater ushering is exhibit #1 in my book that not everyone deserves to be paid $15 an hour minimum. You get free movies, free popcorn and free soda, and all you have to do is a little sweeping and minimal tasks. If the minimum wage is set to high, ushers will be replaced with Roombas. Sometimes as an usher, one must monitor a theater to make sure no one is talking loudly or smoking. Sometimes one must watch a movie for fifteen or twenty minutes just to be sure.

As I said, there isn’t much to do, so there isn’t an excuse for not doing the minimal tasks. We went to a morning show at a Marcus Theater in Omaha. (Kudos to Marcus for $5 morning matinees.) When I walked down the hallway to our theater, past half a dozen theaters, all the doors were open, and movies were playing. Closing doors should not be too much for the ushers to do, even at whatever minimum wage Nebraska requires these days. To make things worse, the designers of this Marcus theaters allow a direct line of sight from the hallway door to the screen, so an open door allows light to bleed in to the screen, and sound bleeds in and out.

Another basic job for an usher: clean up the theater when a show is done. This means you know the end times for a show, and you keep people from coming into the theater before you clean. During the closing credits of our film, people wandered in for the next show. I guess they didn’t want to miss those commercials for Coke and Netflix. Ours was the first show of the day, so it wasn’t terribly messy, but I doubt there would be theater cleaning between shows.

Now that I’ve lost everyone’s attention with usher etiquette and procedures, I’ll go on to the film. 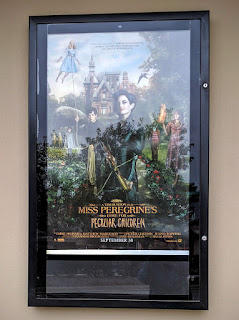 Tim Burton is a wonderful film maker when he has a decent story. When all he has is a lot of money and Johnny Depp and not much of script, you might end up with something awful like his Dark Shadows or Alice in Wonderland. But he’s also done films like Beetlejuice, Edward Scissorhands, or Ed Wood that are full of bizarre and beautiful imagery that one can’t imagine anyone else dreaming up.

The good Tim Burton showed up to direct Miss Peregrine’s Home for Peculiar Children. The film is adapted from a fine young adult novel of the same name by Ransom Riggs. It tells the story of a seemingly ordinary boy (Jake, played by Asa Butterfield) who lives a bland and bullied life in Florida. Because of his grandfather, Jake is drawn to a sanctuary for children with extraordinary abilities. There is a girl who can float and a boy who is invisible. More disturbingly, there is a little girl with a savage mouth in the back of her head, and a boy who collects hearts for animating dolls and corpses. Yes, there are some pretty gross things in the film, such as villains that eat children’s eyeballs. 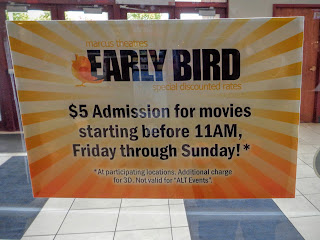 Certainly the story owes something to the work of J. K. Rowlings, and I’m sure it was Harry Potter’s box office magic helped bring the story to the screen. Like the Potter films, wonderful veteran actors are in the cast, including Terence Stamp as the grandfather, Sam L. Jackson, Judi Dench, and the beautiful Eva Green in the title role. The film also owes a debt to Universal Studio’s The Invisible Man and Toy Story’s Sid. Best of all, to my thinking, is a direct steal of the stop motion skeleton army from Jason and the Argonauts. There is also some time travel at work and a setting in England during World War II. 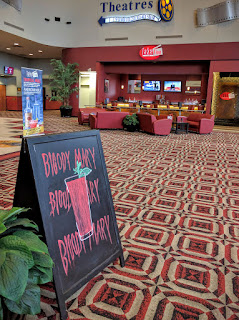 There aren’t any churches in the film that I recall, even in the small village. However, I found one line to be quite interesting. One character says to Jake (I’m paraphrasing a little), “You did something better than to make us safe. You made us brave.” It reminded me of a line about Aslan (who is, of course, Jesus) in C.S. Lewis’ The Lion, The Witch, and the Wardrobe, “He’s not safe. But he’s good.”

Posted by churchandstates at 9:18 AM