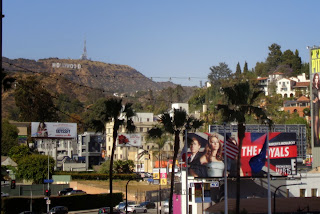 Back in April, 2015, we found ourselves in Hollywood, and we were surprised by what we found there. It's awards season again, so this is as good a time as any to repost a few thoughts about churches, movies, and how they intersect on Hollywood Boulevard.

I googled the phrase "Godless Hollywood" and found 1,570 results. Now some of those results, I'm sure, are using "Hollywood" to mean the media. But the media certainly isn't "godless" in the sense of God-free, or I wouldn't be able to find anything to watch when I want to write about Movie Churches every week. 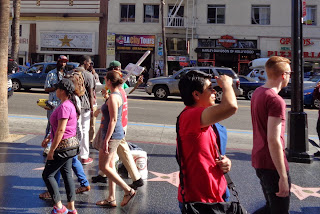 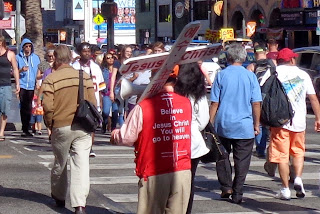 Someone asked me recently whether I'd run out of movie churches to write about. There are still loads of movies about churches, and there are many more about God that I haven't gotten to yet. And there are all of the TV shows, songs. and webcasts that touch on God and religion. Many times, it's Bill Maher type of negative talk about God, but it's certainly not God-free. 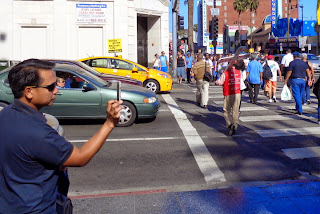 Now, if some of those "Godless Hollywood" google results were about the literal location called Hollywood -- well, we saw something very different. Among the potbellied superheroes and costumed cartoon characters with only the vaguest resemblance to the actual characters, quite a few people were working to make God's presence known. 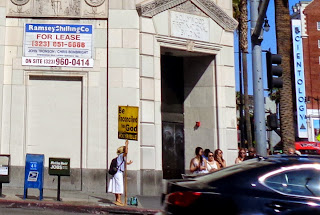 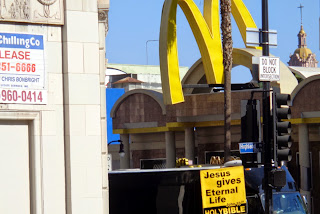 We took these pictures in the neighborhood of Mann's Chinese Theater and Hollywood Bowl on a Saturday afternoon. Someone handed us the flyer on the street near the theater. 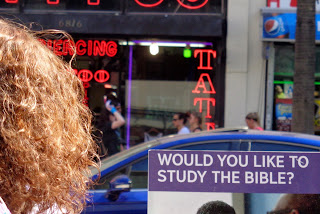 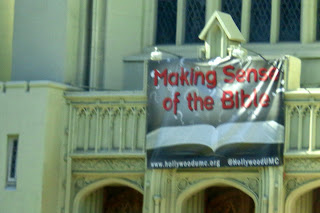 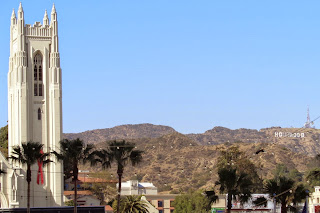 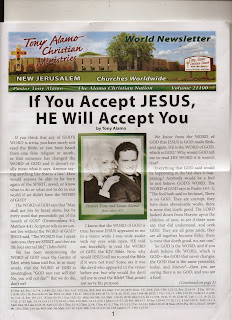 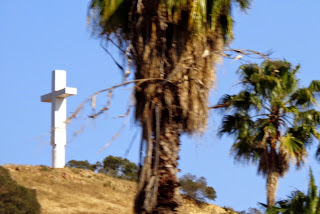 Posted by churchandstates at 6:05 AM

Email ThisBlogThis!Share to TwitterShare to FacebookShare to Pinterest
Labels: 2015, Hollywood