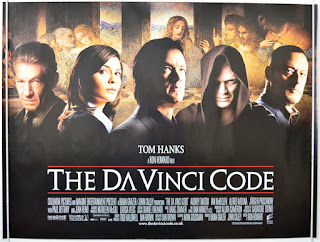 For a long time, I thought the God’s Not Dead trilogy had a secure place as the stupidest film series I’d view for Movie Churches. Sure, there were those Christian Slater direct-to-DVDs which pushed dumb thriller cliches to the limit, and yet… I think The Da Vinci Code may be stupider than any of them. What gives this film a special edge is that everyone is supposed to be super-smart, ultra-genius-level masters in their fields, but… no… just no.

I know I’m late getting to this. Dan Brown’s novel, The Da Vinci Code, debuted in 2003, and it was a best seller that everyone was talking about. Aside from the work of J. K. Rowlings, there just aren’t many novels that become part of the national conversation. It took just three years for director Ron Howard to bring the first adventure of “symbologist” Robert Langdon (in the person of Tom Hanks) to the screen.

The stupid of this film (and the novel) begins with the title. Leonardo di ser Piero da Vinci, the historical figure -- great artist, inventor, and scientist -- is most commonly referred to as “Leonardo da Vinci” or “Leonardo.” “Da Vinci” refers to the place the man was from. It's the same way that Jesus Christ is sometimes referred to as “Jesus of Nazareth.” While He was, on rare occasions, referred to as “The Nazarene,” if you talked about Him as “of Nazareth” as in “I follow the teachings of ‘Of Nazareth,’” people would definitely look at you funny. But instead of referring to "The Leonardo Code," Dan Brown essentially called his book The of Vinci Code. 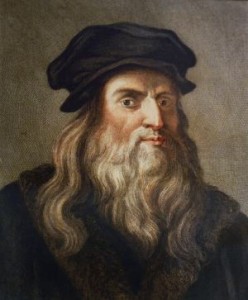 The movie tells the story of Harvard professor Langdon, who investigates a murder at the Louvre in Paris and is drawn into a battle between two ancient organizations. The Priory of Sion represents Pagans, while Opus Dei (not to be confused with Otis Day) represents the Roman Catholic Church. Ultimately, his involvement becomes a search for the Holy Grail, which is quite a different thing than one would expect from Arthurian legend.

I do need to talk about the church and clergy in the film because that's why we’re here, but first I need to unburden myself of some of the film’s stupid. For instance, Langdon goes to London to see his former mentor, Sir Leigh Teabing -- an expert on the Holy Grail. And Teabing says to Langdon, “I trust you know The Last Supper, the great fresco by Da Vinci…” This is like one New Yorker saying to another, “Have you ever heard of the Empire State Building?” Or one film critic saying to another, “Are you acquainted with series of science fiction films known as Star Wars?”

A little later in the film, they discover secret backward writing (Leonardo's notes on his sketches are generally written right to left. It shouldn't be a surprise to anyone). Langdon has something like a photographic memory. His expertise is in “symbols,” and he has studied a number of languages, codes, and ciphers. Yet he needs a mirror to read the backward writing. Backward writing isn’t such a great challenge if you practice just a little. These people do not seem like experts in their fields. 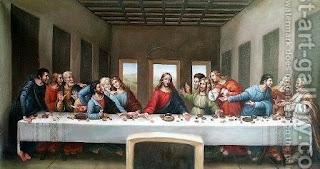 The central conceit of the film is all kinds of stupid: Leonardo's painting of The Last Supper, Jesus' final meal with his disciples, has a secret message, you see. In the painting, according to our experts, the apostle John isn't the one sitting at Jesus' right. It's Mary Magdalene. According to the film's symbologist, Leonardo intended people looking at the painting to realize this because they'd know that Mary was the “companion” of Jesus. (Teabing explains “back then ‘companion’ meant ‘spouse.’” In what language? Aramaic? Greek? Latin? And what language would Leonardo have been interpreting anyway?) 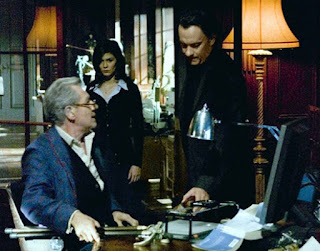 So we are to take the clues of this painting, created a millennium and a half after the life of Christ (and painted on the wall of a monastery dining room), for information about Jesus. We're supposed to believe an artist's interpretation over the manuscripts of the Gospels and the Epistles, some of which have survived intact from as early as the first century. Teabing argues there is additional evidence to prove that Jesus wasn’t divine and that he fathered a child by Mary, citing the Gospel of Philip, which he claims is a true gospel despite being discredited at the Council of Nicea.

The fact is, there is a huge body of textual and historical evidence that the Gospels of the traditional canon were written much earlier than Gnostic Gospels (like the Gospel of Philip) that support unorthodox views of Christology. 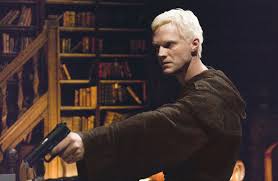 And the basic argument of the film is just so stupid. It argues that the Holy Grail is not a cup. It is the Sarcophagus of Mary Magdalene, and the Roman Catholic Church has -- through the centuries -- been trying to hide this evidence. There are descendants of Jesus, and they could be proved by comparing DNA within the coffin. Which makes no sense, because we don’t have “Jesus DNA.”

Here are the alternatives offered: the traditional Christian position that Jesus is the unique Son who offers salvation through His death on the Cross paid for our sins (represented by the Cup of communion) or the pagan view (presented in the film) that salvation comes through sex, and the evidence that Jesus was just human can be found through this proof that he had offspring.

But here's my biggest problem with the premise of the film. If Jesus wasn’t God and Man, fully human and fully divine, then who gives a rip about his descendants? If he was just a good teacher, who cares about whether he was married or not, had offspring or not?

As C. S. Lewis argued, Jesus left us three options. He was the Lord, a liar, or a lunatic. Pagan Pioneer and husband and dad aren't among those options. 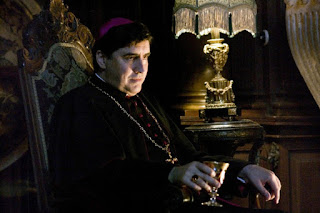 As to the presentation of the clergy and the church in the film -- most of the clergy are murderous scum. There are exceptions, a nice nun here or there, but, pretty much the Roman Catholic hierarchy is just awful.

The film opens with an albino monk, Silas (Paul Bettany), chasing a man through the Louvre. He says to the man, “Is there a secret you would die for? As you wish,” as he shoots the man. This monk is an assassin for Odus Dei. You know, I’ve worked for a number of churches and none of them had contract killers on staff.

Silas works for Bishop Manuel (Alfred Molina), who is able to have the gendarmerie do his bidding through police who have an allegiance to Opus Dei. The leaders of the Catholic Church all seem to know that Jesus wasn’t really God, but they’re covering up to keep their power (unlike those nice pagans who, through the centuries, were always, ever nice and unconcerned about power).

So, the clergy and church in this film receive our lowest rating of One Steeple. And the film will probably hold a secure place as the stupidest film in the Movie Churches archives. Unless -- maybe -- it’s topped by Dan Brown’s Angels and Demons. But I’ll need to give myself a rest before that ever happens.

(If you would like to see a more intelligent, realistic film about the Holy Grail, I'd suggest Indiana Jones and the Last Crusade. Even the Havard professor is cooler.)
Posted by churchandstates at 7:25 AM