It's Christmas (again) at Movie Churches! 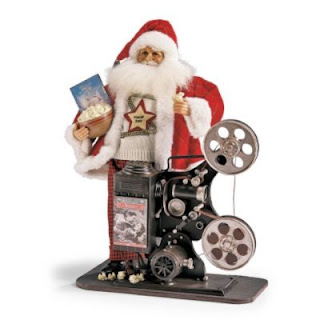 As is our tradition at Movie Churches since we began, this month we’ll be looking at Christmas films. This being the fifth December writing these posts, it becomes increasingly a challenge to find Christmas movies where churches/clergy have a prominent role. The easy fruit has been picked from the proverbial pear tree (The Bishop’s Wife, The Bells of St. Mary's) and it sometimes seems all that’s left is partridge droppings.

Many Christmas classics don’t have what it takes to be material for this blog. Films like White Christmas or The Nightmare Before Christmas are almost faith-free (and are certainly ecclesiastical free), so it becomes necessary to cast a wider net and dig deeper (to mix our fishing and mining metaphors) to find different Christmas films that also have a church element.

There are some areas we’d rather not get into. When we think of “Blue Christmas,” we’d rather think of “blue” as sad and not raunchy. Raunchy Christmas comedies have become a part of Hollywood’s regular offerings. Bad Santa seems to be the first big hit of the genre, and such things have been coming along regularly ever since, such as. Think 2015’s The Night Before or 2016’s Office Christmas Party.

Sure, we did once do a post on edgy Christmas comedies, but we’d rather not visit A Very Harold and Kumar 3D Christmas territory very often. We just don’t want to encourage sordid viewing at this joyous time of year. 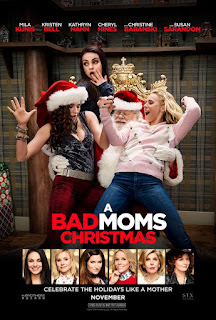 And that’s why you won’t see a post about 2017’s A Bad Moms Christmas -- even though we read that the film features Midnight Mass on Christmas Eve at Our Lady of Perpetual Suffering (“the premier place to be”).

Sure, it might be a little funny if one of the mothers says her reason for being at the service is that “all the bars are closed.” Even if this scene made us wonder why the service in the film seems not to be too crowded when Christmas Eve (along with Easter) is the one time you can be assured of a crowd in a church. Even if two of the characters get into a loud and prolonged discussion during the service and no one around them seems to mind, these things are not enough to recommend writing or reading a post about this film.


Even if someone had taken the time to watch this comedy (with a 30% rating at Rotten Tomatoes), would someone want to admit they’d sat through the sex jokes and children cursing and male strippers just to be able to have a different Christmas film to write about? I think not.

So instead of raunchy Christmas comedies, we’ll kick off Christmas month this Friday with a violent action film. Merry Christmas!
Posted by churchandstates at 2:36 PM