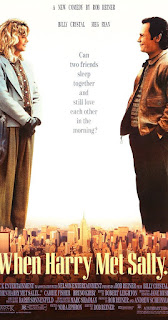 There are states where I search high and low to find a few films set and/or shot in a state. Face the facts, Delaware, you are not the new Hollywood. But then we come to New York. Aside from California, more films have been made in and about New York than any other state. So the problem I face here is not trying to scrape enough films together to write about, but to narrow films down. Instead of a dozen films, there are thousands of films to choose from. So I needed a system.  I decided to go with a dozen New York films from a dozen of the best of American directors.


You might be surprised that when I say that I’m talking about the best of directors, I first bring up Rob Reiner. It’s been a couple of decades since he made a decent film. But for one decade, he made some of my favorite films. One of the most quoted comedies of all time is his mockumentary, This is Spinal Tap, and a number of people would call The Princess Bride their all time favorite films. And one of the best of romantic comedies -- and New York films -- is Rob Reiner’s When Harry Met Sally. Made in 1989, the film brings to life the Rodgers and Hart song, “I Could Write a Book,” by showing “how to make two lovers of friends.” There is a lot of talk of sex in the film, but it is also a celebration of marriage, with an interesting device of interspersing the story of Harry (Billy Crystal) and Sally (Meg Ryan) with old couples telling their love stories. 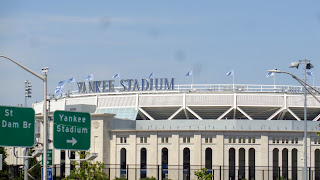 And the film is full of New York icons: the Yankees and the Giants, ice skating in Central Park, marvelous views of the skyline, and, of course, delis. Nora Ephron’s screenplay makes this the best Woody Allen film Woody never made.


My favorite film director is Alfred Hitchcock. He made a number of films partially set in New York (such as North by Northwest which we will come back to in a later state), but The Wrong Man was filmed primarily in NYC and is also set entirely in the city. It is also unique in that it is based on a true story, and it’s not a thriller. Henry Fonda is a man falsely accused of robbery, and the film follows his struggles with the criminal justice system. There are also some faith moments in the film, as Fonda turns to God for help. Aside from I Confess, it’s Hitch’s film most filled with Catholic imagery.


My second favorite director is Akira Kurosawa. You may not be shocked to discover the Japanese director never directed a film about New York. But another favorite, Billy Wilder, did make a great New York film. 1960’s The Apartment won that year’s Oscar for Best Picture. The moral satire shows that Fred MacMurray could play sleazy as well as he played avuncular.


My favorite director(s) currently working are Joel and Ethan Coen. They’ve made films in all parts of the country, and they have worked in New York. 2013’s Inside Llewyn Davis is the tale of a folk singer in the early 1960’s going to Greenwich Village to seek his fortune. It has a wonderful soundtrack rivaled only by the soundtrack for the Coens’ Oh Brother, Where Art Thou? For a key to what the film is all about, pay attention to the name of the cat.


The Godfather, directed by Francis Ford Coppola, won the 1972 Oscar for Best Picture, and since then has often topped polls of the best films ever made. The film has scenes in a great variety of locations, including Italy, but a majority of the film is set (and was filmed) in New York City. There is a climatic scene in a church, the baptism of a child, within a montage of great acts of violence.


John Huston, a two time Oscar winner, directed a lesser known but very good New York gangster film, Prizzi’s Honor. Jack Nicholson and Kathleen Turner star as two professional killers who fall in love and (inevitably) are given the assignment to knock off the other.


The drug trade is the theme of William Friedkin’s Best Picture Winner, The French Connection. 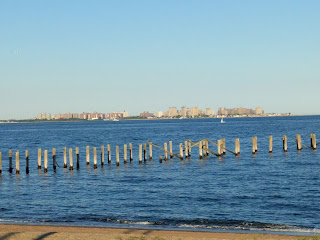 Mob control of the unions was the subject of Elia Kazan’s Best Picture Winner, On the Waterfront (which featured Marlon Brando’s famous “I could have been a contender” speech and the film will be featured soon when Movie Churches looks at the Mob).


Crime was set to music in Robert Wise’s West Side Story, a retelling of Romeo and Juliet featuring juvenile delinquency, dance, and the Big Apple.


West Side Story also won the Academy Award for Best Picture, but it was not the first musical that featured location filming in NYC. Gene Kelly and Stanley Donen’s musical, On the Town, was the first MGM musical to film on location and it has fewer deaths than WSS.


I asked my daughter Jil, who lives in Brooklyn, what I should feature as a New York film and she suggested 2012’s Frances Ha. Directed by Noah Baumbach, creator of a number of independently produced comedies, the film features a millennial woman belatedly coming of age. Jil suggested the film because she likes it and because it features upstate New York and not just the city.

If one was to pick the quintessential New York director, it seems the two most likely options would be Martin Scorsese and Woody Allen. And because life isn’t fair, I’m not including a Scorsese film (sorry, Marty). I will include Allen’s Crimes and Misdemeanors.  Chuck Colson once listed this comedy/drama as essential Christian viewing. In the film, a man gets away with a crime and finds that the worst possible punishment is not being caught. It is my favorite film by Allen and like most of Allen’s work, it is set and filmed in New York.


(Coming Wednesday, another New York film by a great American director, as seen on  the big screen) 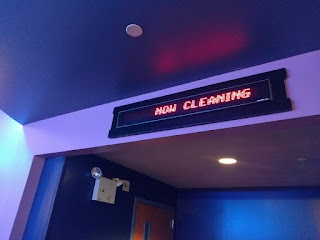 Posted by churchandstates at 10:51 AM