Delaware films on the small and big screen

Delaware films on the small screen

Usually at the beginning of these posts, I state that I can't mention most of the films set or shot in a state because there are just too many. Not doing that with Delaware. Wikipedia onlylists ten films set in the state, including TheRoost and Trigger Man, low budget horror films that I believe only friends and family of the filmmakers have heard about. Perhaps you're a big fan of the 1915 silent comedy, Emmy of Stork's Nest, but I've never heard of it. 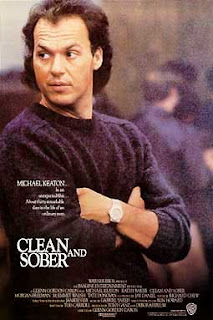 On the plus side, this short list provided me with the chance to watch a film I'd never seen before, 1988's Clean and Sober.  Though I don't think Delaware is ever explicitly referred to in the film, some of it was shot there.

In Clean and Sober, Michael Keaton portrays an addict trying to get his life back. Like many comic actors, Keaton must have wanted the respect that comes with drama, when an actor gets to make people cry rather laugh. He pulls it off (unlike Bill Murray in The Razor'sEdge). The film was written and directed Glenn Gordon Caron, best known as the creator of the TV series Moonlighting.

The film captures some of an addict's language and behavior, a life of lies told to others and one's self. But I found it interesting that although Alcoholics Anonymous and the Twelve Steps are central to the film's plot and theme, there is never a reference to a "Higher Power." Often A.A. meetings are held in churches, but the locations of the meetings in the film were impossible to determine. Keaton's character does hear a preacher on the radio, but that moment is used more for comic effect than anything else.

One of the most acclaimed film's set in Delaware is David Fincher's violent and controversial study of paranoia, advertising, apathy and much more: Fight Club. But though the Brad Pitt/Edward Norton film is set in the state, it was actually filmed in California. Goosebumps, the 2015 Jack Black film based on R. L. Stine's horror book series for kids is set in Delaware but filmed in Georgia. Seekinga Friend for the End of the World, the Steve and Nancy Carrell comedy about the apocalypse, uses Delaware as a destination, but was all filmed in California. Days of Thunder is the Tom Cruise film where he is not a secret agent or a pilot or a bartender or an assassin, but is instead a stock car driver. Some of the races are supposed to be at the Delaware International Speedway, but according to IMDB they weren't filmed there.

I did find a couple of films that were set and filmed in Delaware. 1998's Beloved, directed by Jonathan Demme and starring Oprah Winfrey, is based on Toni Morrison's novel about a slave visited by her deceased daughter. It used settings from New Castle, Delaware.

DeadPoet's Society is one of Robin Williams' most beloved films. He plays a prep school teacher who defies parents and faculty and encourages his students to carpe diem (seize the day). St. Andrew's Academy in Middletown, Delaware doubles for the fictional Welton Academy. The film was nominated for Oscars for Williams, the director Peter Weir, and Best Picture; it won the Oscar for Best Screenplay (Tom Schulman). 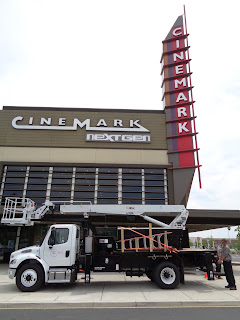 Delaware film on the big screen
When talking about what to visit in Delaware, people often mentioned the Christiana Mall. Since "Christiana" seems to have at least a tangential relationship to Movie Churches, we happily went to the Cinemark Christiana and XD just outside of the mall. It is rather a huge place and we were hopeful that the crane working outside would make it even more spectacular while we were inside watching the film. Alas, we could see no change when we emerged.

Nor could we find a film in the theaters that was set in Delaware or filmed in Delaware. We went to see The Nice Guys, a film set in Southern California in the 1970's and shot in Southern California in the 2010's. The film was written by Shane Black, and if you know his work (Lethal Weapon, The Last Boy Scout, Kiss Kiss Bang Bang) you know what to expect from the film: wise cracks, nudity, gun fights, and Christmas. All those elements were there, as well as Russell Crowe and Ryan Gosling inexplicably playing Abbott and Costello as private detectives. I enjoyed it greatly, but please don't tell anybody that I did. No church was to be found in the film. 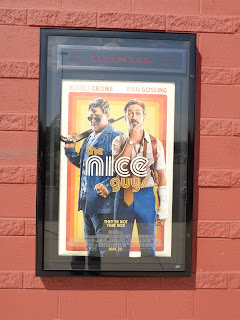 Posted by churchandstates at 11:50 AM