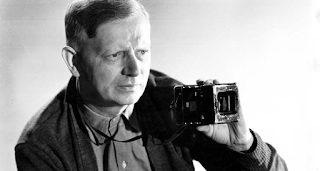 Van Morrison sang, “Want a Danish?” but we don’t have to ask.

We know that everyone here at Movie Churches wants posts about the great Danish director, Carl Theodor Dreyer. Born in Copenhagen in 1889, he began his career in silent films in 1913 writing title cards for Nordisk Film and went on as a scriptwriter and editor. He directed his first film in 1919 and kept directing for 45 years. (He was unable to get financing for what would have been his final film, from his own script, about the life of Jesus.) Dreyer died in 1968 in the city where he was born.

His films are known for their “stately” (i.e., slow) pacing and emotional austerity (i.e. dry), but they are also critically acclaimed. He explored such themes as social intolerance, the inevitability of death, and the power of evil in the world. Just the kind of escapist fun we’ve come to expect from Scandinavia. Best of all (as far as we’re concerned) his films often feature churches and clergy, and that’s really all we care about around this blog. 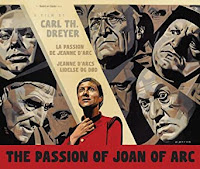 We will be watching the films of Dreyer this month, but here’s a look back at his most acclaimed film (which was featured in Maid of Orleans Month) The Passion of Joan of Arc -  https://www.moviechurches.com/2020/06/joan-of-arc-month-silent.html
Posted by churchandstates at 4:34 PM