Some of the more militant atheists say the world would be a better place if there was no religion. Perhaps they should consider that many of the world’s most prestigious schools and universities were founded by churches or religious orders.

The Puritans, among the most educated people of their day, founded Harvard. Yale was founded in 1701 by Christians who were concerned that the spiritual climate of Harvard wasn’t what it had been (they thought Harvard has also gotten too pricey). Princeton’s roots are found in the First Great Awakening. Dartmouth was founded with a goal of training men to reach Native Americans with the Gospel. And Notre Dame is pretty Catholic, if you hadn’t noticed. Can you imagine a world without these elitist institutions? Okay, maybe the militant atheists have a point. 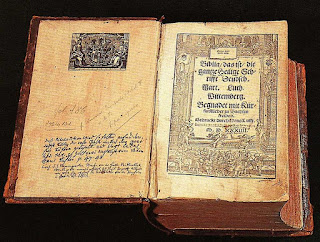 Historically, the church has been a major proponent and provider of education through the centuries.Through the dark ages, knowledge was preserved in the monasteries of the Roman Catholic Church. In the Reformation, people were encouraged to read the Scriptures for themselves,which was a great inspiration for literacy.

Even today, some of the best schools at every level, from preschools to universities, are still run by churches. This month in Movie Churches we’ll be looking at films with schools run by clergy. Some people, though, think faith and knowledge -- particularly scientific knowledge -- are at odds. We’ll also be looking at films where there is conflict between ecclesiastical and educational forces.

Three of the five Movie Church schools we’ll be looking at this month are Catholic Parochial Schools. I could have done many more.

Filmmakers, for some reason, love to put nuns and priests at the front of the classroom. I can’t even use my favorite film from last year, Sing Street.

I loved that coming of age story; it was charming, heartbreaking and funny. The music was great. But the Christian Brothers, the priests who ran the school in the film, were awful. Brother Baxter torments young Conor in the film for wearing brown shoes rather than black. Things get worse when Conor takes to wearing makeup for his band, Baxter shoves the boy’s head into a sink to wash it off. We only see Baxter being physically abusive, but there are implications he may also be also be sexually abusive with students.

If I was rating films with stars, I’d give Sing Street four (if that was the maximum). But if I was rating Brother Baxter with this blog’s Church Steeples, he’d only get one.
Posted by churchandstates at 8:09 AM