Race Films that aren't about Track and Field 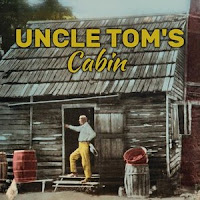 The first African Americans portrayed in movies were often not African Americans: films made to present minstrel shows usually used white actors in blackface. Even though the Edison Company demonstrated the Kinetoscope in 1891 and the Lumiere Brothers started charging audiences for their presentations in Paris in 1895, it wasn’t until 1909 that we’re sure that African Americans appeared on film -- in a comedy series titled Sambo. The first mainstream film starring an African American was 1914's production of Uncle Tom's Cabin with Sam Lucas as Uncle Tom. His casting in that role is the exception to the rule that African Americans were rarely seen on screen.

Black artists and business people saw an opportunity to change that, and in 1915, the Lincoln Motion Picture Company in Nebraska, the Ebony Film Company in Chicago, and Norman Studios in Jacksonville made films featuring African American actors, often with African American crews. These companies were the beginning of a film industry that -- for decades -- ran parallel to the Hollywood film industry. Between 1915 and 1952, nearly 500 of what were called race films were produced. These films were targeted primarily, usually exclusively, to African American audiences.

Fortunately for Movie Churches, these films often had religious and ecclesiastical themes. Some films were made by believers for the purpose of evangelism, but even when they were not, many African American films featured the church and clergy because of the dominant role the church played in African American communities.

So this month at Movie Churches we will be looking at films made during this period, specifically, films made in 1920, 1930, 1940, 1945, and 1946. Sadly, many race films were not preserved, especially films from the silent period (but as you might note, we’ll look at one of ‘em). These are interesting films as far as film history goes, but even more interesting for our purposes is the glimpse they provide into how clergy were viewed in the African American community.

These films were usually made on the cheap and, to modern eyes and ears, they look and sound like it. But without these films, we might never have had such likely Oscar contenders as last year’s Soul, Judas and the Black Messiah, Da 5 Bloods, and Ma Rainey’s Black Bottom -- all produced by the major studios.

We'll begin Race Film Month on Friday with a silent film that was a response to D. W. Griffith’s racist blockbuster, The Birth of a Nation.

Posted by churchandstates at 6:09 AM