Let's Netflix and um, discuss the churches and clergy in the film! 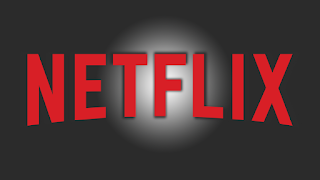 Michael Lost and Found (2017)
What exactly is a movie these days? When I started Movie Churches, I set rules for myself that I’ve broken more than a few times. I intended to only review fictional feature films that had a theatrical release. Since then, those distinctions have become increasingly murky to most people, especially for young people who take in all media through their phones.

Netflix doesn’t distinguish between a theatrical release, a made-for-TV movie, a straight-to-DVD release, or their own productions. On their screen of suggestions, a fiction film shows up next to a documentary, next to a TV series.

This month, we’re going to hang out at Netflix here at Movie Churches, so we aren’t going to look just at theatrical releases. We’re going to look only at feature films, and some of those will be “direct to video” (as they were called back in the day), and one will be a Netflix original -- but we won’t be doing documentaries, and we certainly won’t be doing documentary shorts. Even if it is something as intriguing as Michael Lost and Found. 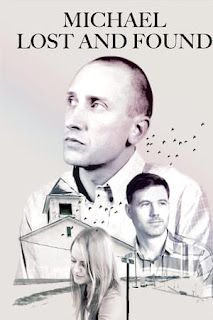 Michael Lost and Found is about Michael Glatze, a gay activist who became a Christian and renounced his homosexuality. He went to a Christian college and married a woman. He voiced hostility against the gay agenda, and many of his former friends felt wounded by the things he said. His former lover, Benjie Nycum was particularly bothered, and he decided to seek Michael out, seven years after they broke up.

Nycum brings a documentary film crew along to record his first meeting with Michael after many years. It’s actually too bad I can’t write about this 19 minute long documentary short, because it captures a reality that will probably disturb people on all sides of the discussion of LGBT issues.

Benjie learns that Michael has fallen out with the college he attended, and he argues that the “American Christian Machine” is based on greed. He’s sorry for the hurtful things he said about his former, gay-advocate colleagues. Many in the Christian community might be offended by the things he and his wife, Rebekah, have to say about the Church in America.

I was troubled when Rebekah said, “I don’t like picking up a Bible; it’s used as a tool of shame.” I know that there are people who abuse Scripture and twist it in hurtful ways. (After all, Satan himself used Scripture to try to deceive Jesus.) But to me it sounded like someone saying, “I grew up with food being used as a tool to manipulate me, so now I don’t like to eat.”

But those in the LGBT community might be uncomfortable seeing a former gay advocate living the life of a straight man in what appears to be a loving hetrosexual relationship. That counter to the argument that when someone is gay, they were born that way and can’t change.

But as I said, I can’t write about them here, because this blog is about the church and clergy in narrative films. Fortunately, there was a narrative film made about the lives of Michael and Benjie, and it’s on Netflix, so I may write about it later this month. But first, this Friday, I must write about a dumb Christian rom-com. For some people, that’s what Netflix and chilling is all about.
Posted by churchandstates at 8:06 AM