It's Netflix and ...well, sometimes I wonder... month: In-lawfully Yours 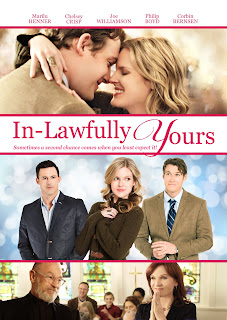 In-Lawfully Yours (2016)
Let me get this one item out of the way right now. It’s has nothing to do with churches or clergy or film criticism. Toward the start of the Christian romantic comedy, In-Lawfully Yours, the heroine has suspicions that her husband is unfaithful, so she goes to the front desk of the hotel where he’s staying and finds out what room he’s in (by knocking over some pens and turning the computer monitor while the clerk is picking things up). She goes to his floor and tells a maid, “I left my key on the table [in the room],” and the maid lets her in. The heroine catches her husband, if not in the act (this is a Christian movie), but between acts.

I work in a hotel, and I’ve got to say the staff of the hotel in the film should be worried about their jobs. That front desk clerk should have called security. The maid should contacted the front desk before letting someone she didn’t recognize in a room. And yet somehow, as badly as the hotel staff is presented in the film, the pastor and church in the film seem even more poorly portrayed. In-Lawfully Yours did not, I believe, ever have a theatrical release (it is, after all, a product of Home Theater Films), but it can be found on Netflix, so let’s do a synopsis of the plot. Then we can bullet point the ecclesiastic problems in the film. 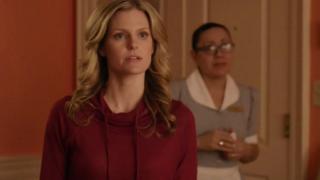 First of all: that woman who broke in the hotel room? Her name is Jesse (Chelsey Crisp). She was there to tell her husband, Chaz, that his father had an accident and was in coma. (Really, she could have called the front desk and said there was a family emergency.) The father dies, and though Jesse and Chaz plan to divorce, Jesse goes to the small town of Bethel Cove to help her mother-in-law, Naomi (Marilu Henner), for two weeks to help Naomi prepare for a move to Chaz’s home.

Jesse is new to small-town life, and is even more new at going to church, but she goes with Naomi, just to help her get out of the house. Ben (Joe Williamson), who was Naomi’s son-in-law until Sarah -- Naomi’s daughter and Ben’s wife -- died, is the pastor of the church.

During Jesse’s stay, she and Ben start to date (with encouragement from Naomi, once Jesse admits that she and Chaz are getting a divorce). The relationship gets him into hot water with people from the church. Meanwhile, Chaz is trying to convince his mom to sell her house, though he doesn’t tell her he is in on a big development deal to buy up her neighborhood and make a lot of money. Spoiler - in the end, Ben and Naomi end up happily ever after, bringing about the In-Lawfully Yours title.

Let’s look first at the things Pastor Ben does poorly, and then look at what’s wrong with the “church leadership.” 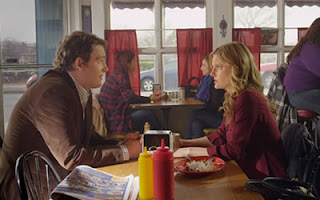 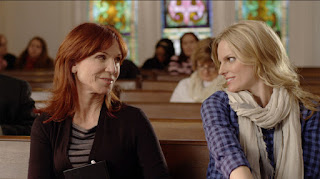 In other words, the pastor and the church leadership make many poor choices in the film, yet Jessie seems to come to faith in spite of them. In a flash forward, we see her contributing to the church as the pastor’s wife, so maybe the church is doing something right. Or maybe God finds ways to work through the weakest of vessels. Jesse, with all her flaws, saves Pastor Ben and the church in In-Lawfully Yours from our lowest rating. Thanks to her, they get Two Steeples.

(P.S. I just want to note that Corbin Bernsen makes an appearance in the film. I’m not sure if it’s even legal these days to make a Christian film without Corbin Bernsen.) 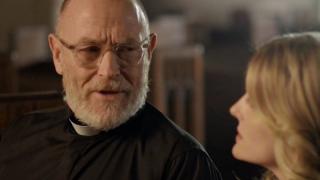 Posted by churchandstates at 7:54 AM