This month’s theme here at Movie Churches provides a special challenge. One of the reasons people watch mysteries (for some people the only reason) is to work out the puzzle of who done it. People watching a mystery film for that reason want to know little of the plot ahead of time, especially about whether characters are “good” or “bad.” That goes for all the characters in a film, including the clergy. 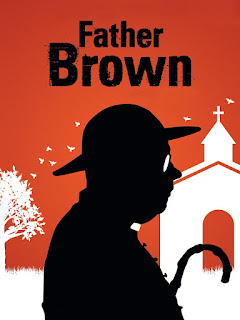 This isn’t as much of a problem if the film is based on one of the wonderful Father Brown stories by G. K. Chesterton. If the adaptation is an accurate one, Father Brown will get our highest rating of 4 Steeples because he is a great priest and we probably could write up a post without giving away the mystery. (Okay, there are Father Brown stories with other clergy, but they aren’t always, shall we say, of the 4 Steeple variety.)

A film like Hitchcock’s I Confess, where the priest is accused of murder, is different. If the priest committed the murder, he obviously would get a pretty poor Steeple rating. Since it’s a Hitchcock film and the police suspect him early in the film, you KNOW he can’t really be the killer, but still…

With something like the made for TV movie, Vanishing Act, I feel safe giving away some secrets because if you watch it on YouTube (the only place I’ve found it), you’ll see warnings that the film was pirated from the “Manfocused Channel,” whatever that it. I know my readers wouldn’t dream of watching a pirated film, so I can tell you all about it. (Unless you are the kind of morally deviant person who doesn’t mind watching pirated films, and if so read no further, because I’m going to spoil.) 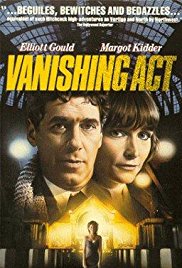 In the 1986 Made for TV Movie, Mike Farrell plays a man taking his honeymoon in a Colorado ski town. When his wife turns up missing, he goes to the local sheriff played by Elliot Gould. (Yes, you read that right: Farrell, B.J. Hunmovinicutt of TV’s M*A*S*H, shares the screen with Gould, Trapper John from the movie M*A*S*H. I know. Trippy stuff.)

Anyway, Husband Farrell gets a phone call from a priest, saying that Farrell’s wife has been staying for two nights at his church. Farrell goes the church to meet a priest played by the great Fred Gwynne (yes, that’s right, Herman Munster). Anyway, Farrell goes to the church, and the priest calls out the wife. And out comes Margot Kidder (yup, Lois Lane). Then Farrell says, “That’s not my wife” and Kidder says, “I am so” and there you go, you’ve got a mystery and I’ve got something to write about: good old Father Macklin (Gwynne).

He seems like a good guy, providing a cottage to a distraught woman who had a falling out with her husband on her honeymoon. But this is a mystery. Things are not what they seem. What if the “priest” is actually a con man, working with Kidder to pull a fast one? What if he’s not a nice guy, but a killer? What if he’s not a priest at all? Can we still use our Movie Church’s Steeple ratings to evaluate him? And further still, what if he’s not a priest or a killer con man but instead a policeman helping with an elaborate sting to catch the murderous husband? (I warned you about spoilers.)

The challenge of reviewing clergy in mystery films is that part of the mystery is whether the clergy are really who they claim to be. Is he a pretend priest who kills? Or a real pastor who kills? Or a pretend nun that doesn’t kill but shamelessly jaywalks? The possibilities are endless.


All I’m saying is, to do my job evaluating clergy and churches, I can’t worry about the niceties of keeping mysteries mysteries. If you go back to posts on The Night of the Hunter or 5 Card Stud with Robert Mitchum or The Confessor or Sacrifice with Christian Slater, you’ll see I spoiled those film. (Well, it’s not really possible to spoil a 21st century film with Christian Slater because so many people -- the writers, the directors, the producers and, of course, Slater himself -- have already done the work to spoil those films.)

So be warned. If you don’t know the ending to Murder on the Orient Express, watch a version of the film or read the book before you read what we have to say about it. It does have one of the all time great twist solutions in the whole genre, but that won’t keep me from writing about the film’s clergy.

Oh, and you may wonder how I would rate Fred Gwynne’s priest in Vanishing Act. He’d get 4 Steeples, of course. Because even if he isn’t a real priest in the film, he is Fred Gwynne, and he also wrote some pretty great children’s books.
Posted by churchandstates at 10:12 PM