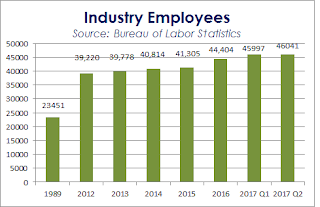 Nun Month
My wife, Mindy, and I are job hunting, so I’m particularly interested in employment statistics at this time. Did you know that there are 250,000 hotel employees in the United States? There are nearly 700,000 accountants and nearly 700,000 electricians. There are over three and a half million fast-food workers, but as of 2014, there were only 50,000 nuns.

Yet there seem to be many more films about nuns than accountants or electricians. Offhand, I can only think of two works of filmed fiction about night auditors (2004’s The Night Auditor and 2016’s The Night Manager) even though night auditors are fascinating people (if I do say so myself). And sure, fast food workers have been represented better, from Brad Hamilton (the Long John Silver’s-ish worker in Fast Times at Ridgemont High) to the Chickwich employees in the sexual harassment drama Compliance to Harold and Kumar’s trip to White Castle to the aptly named Good Burger to the one true classic of the genre, Better Off Dead (with its claymation adventures at Pig Burgers).

Somehow, nun films outnumber even the oeuvre of hot dogs, burgers, and chicken nuggets. A quick survey of the history of MovieChurches shows we have already looked at least a dozen films featuring nuns: 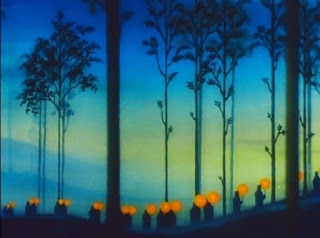 The Bells of St. Mary

Keys of the Kingdom 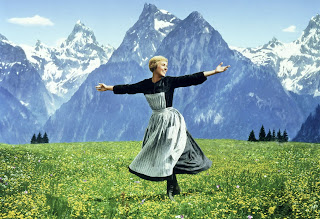 The Sound of Music

Two Mules for Sister Sara (not a real nun, but… I didn't even get to Agnes of God)

In spite of that, I easily found five films for June’s Nun Month, and there are still plenty of films left for future nun months. Hey, we like these nun films, but I think we can all agree that Hollywood needs to do more films about night auditors. Such interesting people.
Posted by churchandstates at 9:37 PM