Wisconsin movie on the big screen 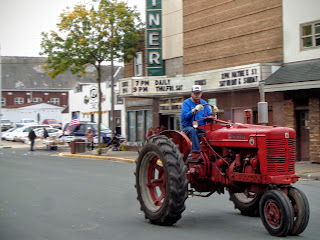 I’m starting with blunt honesty here. We saw this week’s movie because it was free. We’ve made a commitment to see a movie in a theater (yes, drive-ins count) in every state, but ticket prices (and the necessary popcorn) adds up.

We’d considered going to community showings of films in previous weeks, but it never quite worked out. This week, though, we were in Rusk County, Wisconsin, for the “Leaf it to Rusk Fall Festival.” (We were a little annoyed with the DJ on local radio station WLDY, The Dice, who pronounced it “Leave it to Rusk” rather than emphasizing the pun “Leaf it.”) The community festival included the biggest farmer’s market of the year; a beer, wine, and cheese tasting; a classic car show; an antique tractor show; a dunk tank; live music, free ice cream; and more. That “more” included a free movie at the local movie theater, but that movie was a year old, the animated sequel, Hotel Transylvania 2. 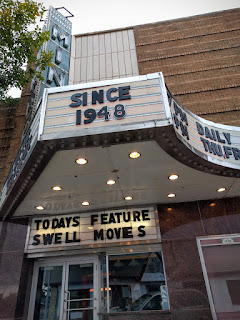 I was rather surprised by not hating the film, perhaps because it was directed by a talented guy, Genndy Tartakovsky (Powerpuff Girls, Samurai Jack, Star Wars: The Clone Wars), who kept the pace of the film moving along. There were some interesting voice actors in addition to the Adam Sandler stable of players, such as Steve Buscemi, Mel Brooks, Nick Offerman, and Mel Brooks. But my fondness for the film is based mostly on my love for the Universal Monster Movies as a kid. I love almost any depiction of Dracula, the Wolfman, Frankenstein’s Monster (not “Frankenstein,” as the film makes clear), and the Invisible Man. (There’s a great running gag about the Invisible Man’s imaginary girlfriend.)

We were, in the end, glad we went to the free movie because the Miner in Ladysmith is a great old theater. The theater opened in 1948, and both the interior and exterior reflect the luxuries of that time. There isn’t a balcony, but the auditorium was still fairly sizable. The restrooms were downstairs in a sunken lobby. And you can get a decent bag of popcorn for two dollars.

The film playing earlier in the week had been Pete’s Dragon, and the movie that was just starting was the animated film, Storks, so I take it they show family films whenever they can. But those films were not free. 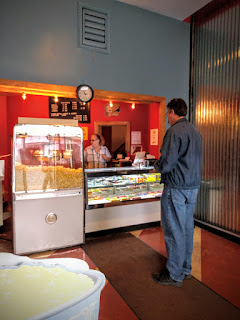 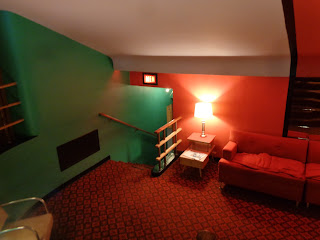 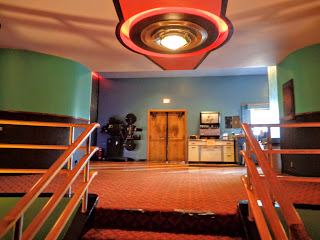 Posted by churchandstates at 3:11 AM