Mississippi films on the small and big screens 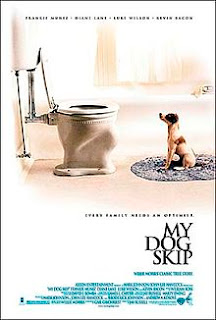 On our cross country trip this year, we've brought along a black DVD folder. Before we began the trip we made labels with state names and went through our collection of DVDs to fill the slots. For some states, like California, New York, Illinois, etc., there were a multitude of films to choose from. For a few states, we could find nothing (we're looking at you, Delaware).

For a few other states, like Mississippi, we only had one film in our collection that would work. We hadn't watched My Dog Skip for years, when our kids were, you know, kids. A period film, set during World War II in the Mississippi town of Yazoo City, the movie was actually made in Mississippi (though it wasn't actually made during WWII). It starrs Frankie Muniz (of Malcolm in the Middle) as a lonely little boy who grows to manhood with the help of a brave little dog.
There were no churches in the film, not much in the way of spiritual content, but there are certainly admirable people with values of courage, honesty and integrity. So thumbs up for that.

There are a number of films with Mississippi in the title. Mississippi Masala features a very young Denzel Washington as an American who falls in love with an Asian Indian immigrant; it examines the interactions between their respective families. Mississippi Burning is an exciting Gene Hackman study of the Civil Rights Movement which offers the strange historical interpretation that the real heroes of the time were in the FBI. 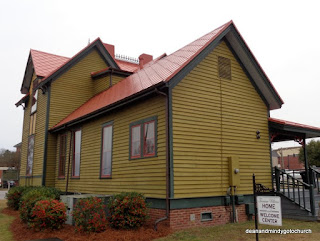 In our travels through Mississippi, we were able to visit the childhood home of Tennessee Williams in Columbus, MS. Baby Doll, a steamy story based on a short play by Williams and directed by Elia Kazan with Carroll Baker in the title role and This Property is Condemned, one of Robert Redford's first films, were both set and filmed in Mississippi. But two other films based on Williams work, Cat on a Hot Tin Roof , featuring Paul Newman and Elizabeth Taylor, and Summer and Smoke, featuring Laurence Harvey and Geraldine Page, are set in Mississippi but actually filmed in other places.

We also visited Oxford, the home of bestselling writer John Grisham. Grisham has written about a variety of places in the South, but his first novel, which was made into a film with Matthew McConaughey, Sandra Bullock, and Samuel L. Jackson, was set and filmed in Mississippi. 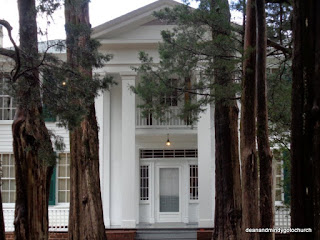 Oxford is also the hometown of another more critically acclaimed writer, William Faulkner. The Reivers, a comedy starring Steve McQueen and based on a novel of Faulkner's, was set and filmed in Mississippi. A wonderful low budget film scripted by Horton Foote and starring Robert Duvall, Tomorrow,  is based on a short story by Faulkner and is set and filmed in Mississippi. The Long Hot Summer with Paul Newman and Orson Welles, based on some of Faulkner's short stories, was set in Mississippi but not filmed there.

And finally, a film set and filmed in Mississippi: the Coen Brothers' O Brother Where Art Thou will be featured later this year in Movie Churches during Depression Month. We have to pace ourselves. 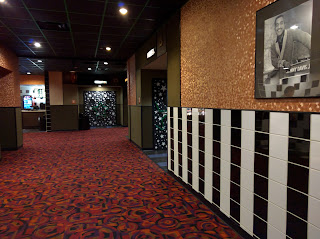 Our first day in Mississippi was also the last day of Black History Month. We went to the Cinemark Theater in Pearl, Mississippi, to see Race, a film about the Olympic exploits of Jesse Owens. There is a reference to the church in the film: when Jesse proposes to Minnie, the mother of his young child, they wonder if a Christian clergyman will perform the ceremony. Apparently, one did. 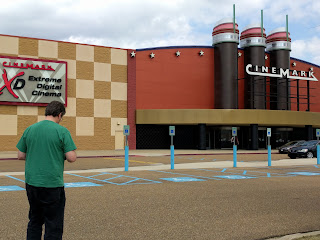 Owens was the star who outshone the Nazis in the 1936 Olympics. At the Cinemark, far less impressive stars were functioning as door handles.
Posted by churchandstates at 6:53 AM