Georgia films on the small and big screen

On the small screen
I'm afraid the film I chose for Georgia is set in Georgia but was actually filmed in Oregon. But what 1926's The General  does have going for it is being listed on lists of the greatest films of all time. Buster Keaton, a rival with Charlie Chaplin for the best clown in silent films, wrote, directed and starred in this comedy based on a true story of a Confederate train engine stolen by Union spies during the Civil War. 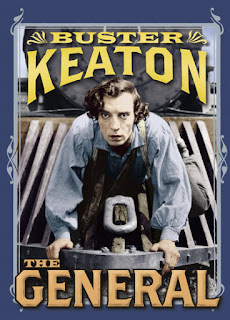 The story was retold by Disney in 1956 as The Great Locomotive Chase with Fess Parker and added color and sound but not nearly as many laughs and can't really be compared to the silent classic.

Of course, when most people think of a Georgian Civil War film, they think of Gone with the Wind, another movie that gets mentioned in greatest of all time lists. And a few scenes from that film were filmed in Georgia, but most of it was filmed in California. Both of these films, sadly, root for the losing side in the Civil War. Glory, on the other hand, was set and filmed in Georgia and features the winners in the war. Not just Union soldiers, but black Union soldiers fighting for the freedom of their people. It's a great film.

Gone with the Wind is problematic for the way it deals with slavery and race. But another film, Disney's Song ofthe South, hasn't even received an American video or DVD release because of its presentation of the life of black sharecroppers in Georgia as cheerful and carefree. Oddly, we did see a copy of the DVD for sale at the Uncle Remus Museum in Eatonton, GA. (Song of the South was filmed in California and Arizona.)

Things have changed some in the world of film in Georgia. One of the most successful independent writers and directors is an African American, Tyler Perry, whose Medea character consistently opens films such as Diary of a Mad Black Woman.

Another consistent money making production company in Georgia is a surprising one, a church. Sherwood Pictures, the production company begun by Sherwood Baptist Church, is responsible for big box office. Flywheel was their first film, but Facing the Giants surprised Hollywood and Firewood did even more. Courageous proved it wasn't a fluke. (Though these films aren't critically beloved, they at least are better theologically than a Hollywood church film like Joyful Noise.)

In fact, there are a remarkable number of Movie Churches in films set or filmed in Georgia, including one of the three great Christians made about faith which features Robert Duvall, Get Low. Based on the perhaps true story of a man who wanted to view his own funeral, it also features a laidback performance by Bill Murray as a funeral director.

If you want to see a truly great Christian film set and filmed in Georgia, see John Huston's 1979 dark comedy, Wise Blood, based on the novel by Georgia's very own Flannery O'Connor. It's the story of the "Holy Church of Christ without Christ," but the audience can't hide from Jesus any better the preacher Hazel Motes.

By my estimation, though, the best film ever set and filmed in Georgia is Deliverance about a canoe trip in the wilderness that goes terribly wrong. The film did for banjo music what Psycho did for showers. 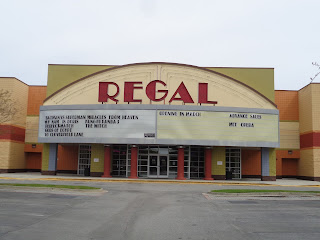 Our last day in Georgia, we went to a Regal Cinema in Savannah. It was the first show of the day. No popcorn was popping yet, but they were selling popcorn from the night before. When the previews began for show, there was sound but no pictures. I reported it to someone at the snack bar who told me it was probably just the preshow. I assured him it was not and eventually convinced him. And I noticed that the doors hadn't been closed in another theater, allowing the Cloverfield monster from that film to loudly roam the hallways.

Sorry, Regal, not royal treatment of your customers.

The film we saw, Miracles fromHeaven, was set in Texas but actually filmed in Georgia. It is a story about faith, but though it's called a Christian film, Jesus doesn't get mentioned much. Based on the book by Christy Beam, it tells the true story Beam's daughter who was miraculously healed from a fatal disease. It is probably studio pressure that kept the minister in the film from ever quoting Scripture but it was still strange to see a minister confronted by a child's illness and who never mentions the pain God the Father went through when His Son died. But the church does have Third Day as their worship team, so that's impressive. 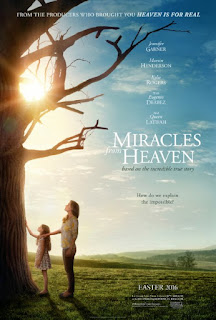 Posted by churchandstates at 2:09 PM

Email ThisBlogThis!Share to TwitterShare to FacebookShare to Pinterest
Labels: buster keaton, georgia, gone with the wind, Miracle from Heaven