An Easter Film that Continues to Premiere

Guinness has recorded some rather obscure records; such as the number of wooden toilet seats broken over a head in a minute. (The answer is 46. You're welcome.) But some of the records are more relevant to life. Such as the record for the feature film recorded into the most languages. The film that ranks in at number 2 is Frozen (if you know any girls between the ages of 2 and 16, you've heard of it). But the film translated into the most languages is 1979's Jesus. It has been translated into 1405 languages, as of last Monday when we visited the Jesus Film Project in Orlando,Florida. 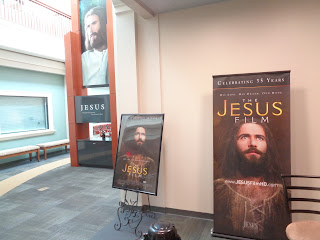 The Jesus Film Project is just one of over seventy ministries of Cru (formally Campus Crusade for Christ) but it is the only one of the ministries that has a tour open to the public and a quite interesting one at that. We learned about how a Jesus Film Project team (often composed of just two people) goes to a community and recruits the 21 cast members needed to dub in the speaking roles in the film using the target language. Obviously, Jesus is often the toughest to cast, with by far the most dialogue. A "recording studio" is often a rented motel room with blankets and mattresses lining the walls to mute the outside noise. 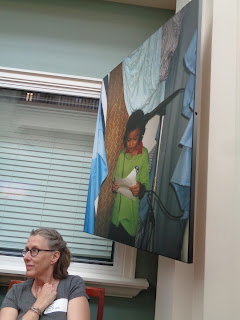 The completed film can then tour throughout the region of the given language using a carrying case that only weighs about forty pounds. In some countries where Christianity is outlawed there are obviously only clandestine indoor screenings. But in other places, portable translucent screens are used that can be viewed from either side.

Part of the tour was a short documentary of the Jesus film being screened for the first time in the Gamo language in Southern Ethiopia. As a large crowd watched, there were Oohs and Ahs at the miracles of Jesus; then quite moving tears and wails during the flogging of Jesus and His crucifixion; and finally loud cheers at the scene of Jesus' resurrection. This story was new and fresh to these people and many desired to know the Savior of the film. 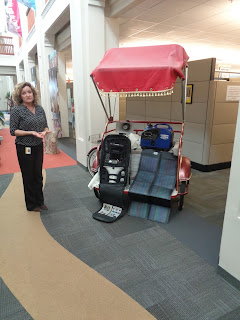 Best of all, they continue to break their own Guinness record of translated languages every week and you could join in the Project. You can help the story of Easter reach the ends of the earth.
Posted by churchandstates at 3:09 PM