Movie Churches in the Eighties 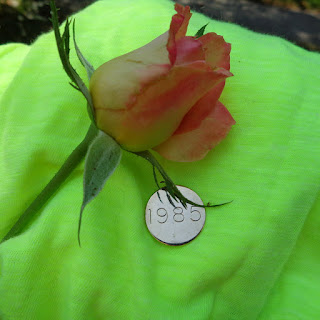 I'm sure that within the readership of this blog there are many areas of disagreement. For churchgoers, some advocate the baptism of infants and others believe in believers only baptism; some are for sprinkling and others are for full immersion. Some would debate the Second Coming of Jesus and others the trustworthiness of Scripture. Probably some reading this blog question the deity of Christ or whether God exists at all.

But one area all reasonable people can agree upon is found in the topic of pop culture. That is the incontrovertible statement that the 1980's were the most awesome era ever for pop culture. For instance, in music there were such diverse talents as Talking Heads, Bruce Springsteen, The Police, Madonna, U2, Paul Simon, Guns N Roses, and Weird Al Yankovic at their peaks. Rap had a voice with groups like Public Enemy, punk with Black Flag, and the elderly could listen to The Rolling Stones.

The music video was born and reached its zenith in the eighties with A-ha's "Take on me," Michael Jackson's "Thriller," and whatever was happening with Bonnie Tyler and those freaky-eyed people in "Total Eclipse of the Heart." The pioneering work of Kenny Loggins hit the greatest of heights in movie soundtrack themes.

Television was having a renaissance of maturity with comedies like "Cheers" and dramas like "Hill Street Blues." War became fun on "MASH" and policing stylish on "Miami Vice." The South arose on "Dallas" and with the Dukes. "Seinfeld" had its start and "The Love Boat" its finish. (There was also a very popular comedy about an African American doctor and his family, but I can't recall its name at the moment, and neither can anyone else.)

Best of all were the movies. The second and greatest Star Trek and Star Wars movies were released in the eighties. Indiana Jones and John McClane, two of the greatest screen heroes, debuted. Ghosts were busted, aliens phoned home, blades were run and breakfasts were clubbed.

But, you may be wondering, what were Movie Churches like in this magical decade? Fortunately, Movie Churches are here to answer that question, starting with the film featuring what Star Lord described as one of the greatest of folk heroes, Kevin Bacon in "Footloose."

Check back tomorrow to see what kind of pastor John Lithgow was in the days of mullets and pixie boots.
Posted by churchandstates at 10:29 AM