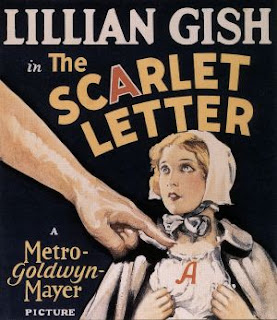 Many parents puzzle over what they should share with their children about their own past behavior, particularly in such matters as sex and drugs. They struggle with two conflicting values: the desire to keep their kids safe and the desire to be honest. If, as a teenager, you did some underage drinking, you wonder if it would be better to let your teen know about this, as a warning, or keep it on the downlow. (It’s an even tougher challenge if you look back on some of those experiences fondly.)

Pastors face a similar problem. Should they share their sin and weakness with their congregations? Do such confessions give people in their congregation license to sin as well? Or will hiding sin lead accusations of hypocrisy, with even more harmful results in the long run?

For a sermon illustration, a pastor doesn’t think anything about mentioning the temptation to scarf a second muffin or snap at the children, but the clerical sins of Pastor Arthur Dimmesdale in The Scarlet Letter aren’t the “little sins” of say, gluttony or pride. No, as some of you remember from high school English (when you were assigned Nathaniel Hawthorne’s classic novel in high school -- whether you read the book as assigned or read the Cliff Notes or read the quiz on a neighbor’s desk), the Rev. Dimmesdale had an affair with a married woman and fathered her child. This was something he decided to keep quiet.

There have been a number of screen adaptations of The Scarlet Letter (including the 1995 Demi Moore version that is completely nuts), but since this is Silent Movie Month at Movie Churches, we’re looking at the 1926 MGM adaptation which starred Lillian Gish (sister of Dorthy Gish) as Hester Prynne. (Gish was, at the time, one of the biggest stars of the silver screen.)

The film takes some liberties with the novel, which opens with Hester receiving her punishment for adultery. In the novel, the father of Hester’s child is a mystery revealed much later in the story. The 1926 movie version opens with a focus on Reverend Dimmesdale as a greatly beloved minister jn his church and community. He is renowned for his compassion for others, particularly for sinners. We see him talking with a man forced to wear a sign marking him as a heretic. The pastor says to the man,  “I pray that God will help me to explain the point which thou hast disputed with the Elder on Lecture Day, and make thee one with us again in Spirit.”

Congregants give Dimmesdale a gift of money, saying, “We thank God everyday for your ministry.”

Actually, the film opens with a title card reading, “Here is recorded a stark episode in the lives of a stern and unforgiving people, a story of bigotry uncurbed and a tale of sorrow, shame and tragedy.” Perhaps, though, their time was unique -- our day and age would never be so judgemental. If someone made, say, an indiscreet remark on Twitter, everyone would treat them with sweetness and light in these enlightened days, of course.

In the movie, though, we see people walking by Hester Prynne’s home. An old biddy takes offense at Hester’s pet, “Hester’s bird singing on the Sabbath! What is Boston coming to?” Even worse, the woman spies Hester at play on the Sabbath. “Tis a law against running and skipping on the Sabbath. The Minister must be told.” 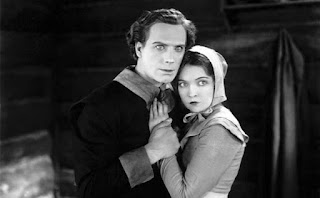 And Rev. Dimmesdale is told. He calls Hester to the front of the church to rebuke her, “Thou hast profaned God’s Holy Day!” But it’s the local governor who puts Hester in a pillory in the town square. Dimmesdale comes to release her, saying, “Hester, I hope thou hast learned a great lesson,” and their friendship begins.

We see Hester and Dimmesdale taking long walks in the woods. We see them kiss. We assume more happened.

Dimmesdale is called by the governor to take a mission to England. When the Reverend returns, the film has reached the beginning of the novel, with Hester being punished for adultery (she’s had a baby daughter, but she has no husband) and forced to wear the Scarlet Letter of the title.

In spite of her punishment, Hester will not reveal the name of the father, even when Dimmesdale urges her to. “Thou shalt not be branded alone. Together we shall stand, thou & I. I am the guilty one!” But Hester will have none of it, “And make me suffer doubly? To know that I helped destroy thee? Thou hast no right to tear down the ideals of thy followers who look to thee for guidance. Atone! Atone for both of us with thy good works. We shall never see each other again, but I will have comfort in betolking (sic) until thy life of devotion and service.” (The card was a little blurry. Maybe she meant "beholding").

So the Reverend Dimmesdale reminds silent about fathering the child, Pearl. And goes on ministering to the adoration of the congregation. But the Reverend’s health takes a dark turn, as guilt builds in his soul.

He preaches one last time to his congregation. He proclaims, “Purge yourselves of intolerance for only God can see the heart of a sinner.”

A congregant exclaims, “An inspired sermon, never before has he spoken so eloquently.”

Dimmesdale’s imminent death seems to be what allows him to speak so freely. In death, he finally confesses to the congregation. He opens his shirt to reveal he has marked his own chest with a scarlet “A.”  The Reverend proclaims before the people of Boston, “People of New England, at last I stand where I should have stood five years ago with Hester Prynne.”

And then he dies.

I don’t really know. And I don’t know whether a parent should share what happened at that party or on prom night back in the day.

Still, relying on the opinion of those in his congregation, I’m giving the Reverend Dimmesdale and his church 2 steeples, in consideration of the difficulty of his circumstances.
Posted by churchandstates at 12:21 AM