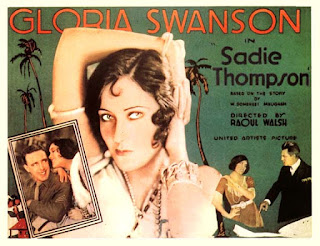 Sadie Thompson (1928)
One of the most interesting things about 1928’s Sadie Thompson is the two words that aren’t used in the film: “prostitute” and “missionary.”

There have been three film adaptations of Somerset Maugham’s short story “Miss Thompson” (which was renamed “Rain” for a short story collection; it appeared first in a literary magazine, The Smart Set). In 1932, Joan Crawford starred in an adaptation called Rain, and in 1953 Rita Hayworth starred in an adaptation entitled Miss Sadie Thompson. But since it’s Silent Movie Month at Movie Churches, we’re looking at the first big screen version of the story.

The credits for the film are extremely impressive, with a number of names that would continue to achieve great things in the sound era: Gloria Swanson starred but also produced, the film’s director Raoul Walsh (White Heat, High Sierra) also plays the film’s male romantic lead, Lionel Barrymore practices the villainy he’ll use later in It’s a Wonderful Life, and the art director is William Cameron Menzies who served the same role on Gone With the Wind. 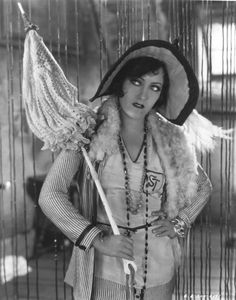 I don’t know whether the 1932 or 1953 versions use the words “prostitute” or “missionary,” but I do know that Maugham’s short story uses the latter but not the former. In the story, Sadie comes from Honolulu to Pago Pago. She is never directly called a “whore” or a “hooker” or any other direct term for women who practice the world’s oldest profession, but it is said she used to work in the “red light district” -- which is about as direct a way as calling her a prostitute as can be done without using that term. While in Pago Pago, she asks not to be disturbed during “business hours” and there is no doubt she is still working as a prostitute.

In the 1928 film, Sadie says she came from the district in San Francisco where they “hang the red lanterns.” Her shady past is implied, but she just says, “I had a singing job. But my pipes got rusty.” In the film, though, It’s clear that she’s trying to make a change in her life. Sure, she parties with Marines from the local base, but it’s all fairly wholesome fun. She falls for Sergeant Timothy O’Hara (Walsh), who knows of her past but tells her, “Them that kick the highest settle down the hardest.” 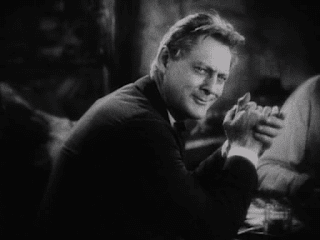 As for that second word, “missionary,” it is used in the short story. Alfred Davidson and his wife are called missionaries. The story presents them as servants of the Lord who have been serving in the islands for years. The 1928 film calls Davidson (Barrymore) and his wife “reformers.” (Davidson says, “The knife of reform is the only hope of a sin sick world.”) It never calls them “missionaries,” but that seems to be the work Davidson does. He says, “I’ve been talking to the natives -- they’re so depraved I actually have to teach them what sin is.” But the film avoids ever calling Davidson a missionary.

Davidson is forced to stay in the same boarding house as Sadie, which greatly disturbs him. He is sure she is a practicing prostitute, saying, “I’m never mistaken. She’s here to carry out her shameful trade. I refuse to have this house turned into a brothel.”

But the film avoids calling Davidson a clergyman. In fact, Sadie says to him, *”You reformers don’t fool me… You ain’t a minister!” 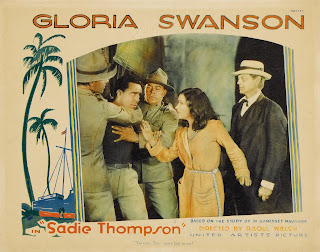 Still, in both the short story and in the film, Davidson does his best to bring Sadie to “salvation.” He tries to drive her off the island, with the help of the island’s governor. He tells Sadie he’ll send her back to San Francisco. The idea of going back to San Francisco horrifies Sadie, which seems strange (What frightens her? The seals at the wharf? The cable cars? The lack of public toilets?) until we learn that if she goes back to San Francisco, she’ll go to prison. But that is where, with the governor’s help, Davidson is going to send her.

Sadie strikes out against Davidson saying, “What right do you have to judge me? You Psalm singing louse! You’d tear out your mother’s heart and call it saving her soul! You don’t know what I’ve suffered and you don’t care -- and you call yourself a Christian!”

Eventually, though, Sadie feels she has nowhere to turn but to Davidson. He tells her,
“Sadie, you are an evil woman! Kneel and repent!” and he offers her eternal salvation. Sadie does begin to pray and repent. She spends three days locked in a room, “Three lonely days of loneliness, repentance and redemption!”

Davidson spends all those three days with her. (Well, he does take a break to go down to the beach and tell the natives to stop dancing.)

Sadie says that she’s changed. She has come to God and is willing to go to prison in San Francisco. “Can’t you see? I’ve been saved! You’re trying to send me to hell! I’ve been born again and I have to pay for it.”

O’Hara offers escape on another boat off the island, but she refuses. Davidson commends her for resisting the temptations of Satan.

Davidson claims he is upset to send Sadie to prison, “I’ll suffer all the time she suffers.”  But Davidson becomes a little too close to Sadie and apparently makes sexual advances. In the film it isn’t clear how she responds to those advances, but in both the film and the short story Sadie says, “You men are all alike! Pigs, pigs!”

And in both the short story and film, Davidson cannot deal with his own sexual weakness and commits suicide.

So how can we give a Steeple rating for this film? The short story clearly had a clergyman, but the film has a “reformer” who talks about sin, God, and the blood of the Lamb. I guess instead of steeples, this week I’ll give “Reformer” Davidson a low rating of two grass huts.
Posted by churchandstates at 3:30 AM