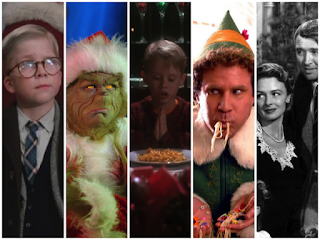 Christmas Lists
Most of us have traditions related to Christmas films. We watch Miracle on 34th Street the day after Christmas to kick off the Yuletide season. TBS runs a 24 hour marathon of A Christmas Story every December 25th, and they wouldn’t keep doing it if people didn’t watch. For the last several years, NBC has been running It’s a Wonderful Life just after Thanksgiving and just before Christmas.

But sometimes you want to add something new. I thought I’d revisit some Christmas films (movies that include churches and/or clergy, of course. A blog’s gotta have focus) that we’ve written about over the last couple of years. You might find something new to add to your rotation tradition.

We wanted to list films that are worthwhile, but we also warn you about films to avoid. Start with Candy Cane treats, then -- if you dare -- go on to Lumps of Coal to avoid. (Each film summary is linked to the review here at Movie Churches.) 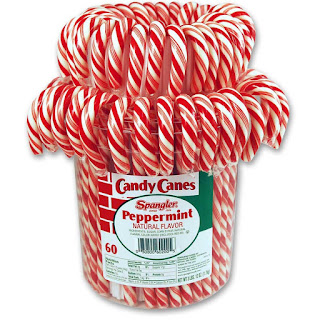 Home Alone - Okay, this is not new to most people, but you might not remember offhand that along with the live action cartoon violence, there are sweet scenes of the church as a sanctuary.
(This was an early Movie Church review which also looked at While You Were Sleeping, not a bad film to find under the tree.)

Brooklyn - This is a wonderful film about the American immigrant experience, and though Christmas is not central to the plot, it is there.

Black Nativity - This retelling of the Christmas Story in the setting of an African American family in New York is definitely worth seeking out.

Joyeux Noel - You might have missed this touching true story about a moment of peace on the front lines during World War I. 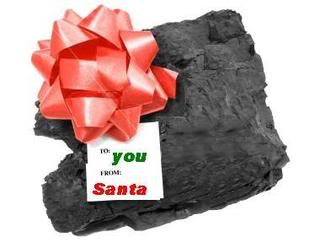 The Bishop’s Wife and its remake, The Preacher’s Wife are beloved by many, but not me. Adulterous angels (even when it’s just an emotional affair) never have fit into my idea of Advent.

The Miracle of the Bells is a very corny film with the odd topic of a Hollywood death. And miracle bells.

Simon Birch  is the result of  John Irving’s classic novel, A Prayer for Owen Meany, being ruined.

A Merry Friggin’ Christmas, a foul mouthed family comedy, is not one of the prouder parts of Robin Williams’ legacy.

A Very Harold and Kumar Christmas is the film for you if you want cannabis to play a more central role in your family traditions.

Christmas with the Kranks  is evidence John Grisham should stay in the courtroom.


I’m sure Hallmark has many films that would this category, but there are limits to what I’ll watch for this blog.

(As noted in the headline, this is the 250th Movie Churches post and we thank you for your faithful, or occasional, whatever, readership.)
Posted by churchandstates at 7:17 AM