Kentucky films on the small and big screen 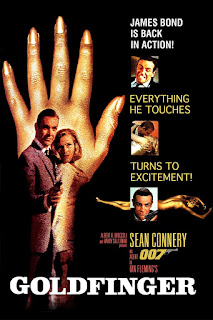 On the small screen
Okay, so maybe James Bond isn't the first name that pops into your head when you think of Kentucky, but Goldfinger is certainly a Kentucky film. Sure, it starts in Miami and goes back to England. The chase with the AstonMartin (probably Bond's best car and gadget in one) takes place in Switzerland. But the key to Goldfinger's diabolical plan is to break into Fort Knox in Kentucky. And the gold bank isn't the only Kentucky element in the film. The villain has a stud farm near Lexington, and we see the horses being trained. Goldfinger and Bond drink mint juleps. There is product placement when the FBI agents pick up food at Kentucky Fried Chicken. The only thing missing is Shirley Bassey singing "My Old Kentucky Home".

But there are no churches in the film. Especially in the old Bond films, there is not exactly a lot of spiritual depth. As an audience, we are rooting for a violent, sexist, amoral hero. Not that it's ever kept me from watching them.

There is a Kentucky church in the more recent spy film, Kingsman: The Secret Service, a church of the very worst kind. It's not a very good spy film either. (The heroes in the film manage to be more amoral than Bond.)

One of the first things that does pop into people's heads when they think of Kentucky is the Kentucky Derby. One of my favorite racing films is Seabiscuit, based on the bestselling historical work by Laura Hillenbrand. The story of that same horse born in Lexington was featured in The Story of Seabiscuit with Shirley Temple (she did not play the horse). Another film based a real Kentucky Derby winner was Secretariat with Diane Lane (again, not as the horse).

A Kentucky film that features a decent dramatic performance by Bruce Willis is In Country in which he plays a Vietnam vet. An amazing cast is featured in Band of Angels with Clarke Gable, SidneyPoitier and Yvonne De Carlo (that's Lilly Munster to you) about slavery in Kentucky (it wasn't filmed in the state). You can see Patrick Swayze in action hero mode in the Kentucky hillbilly film, Next of Kin.

Cameron Crowe's Elizabethtown is set in the Kentucky town of that name, but sadly it's not very good. Not nearly as good as the zombie camp classic, The Return of the Living Dead, which is set in Louisville, Kentucky. 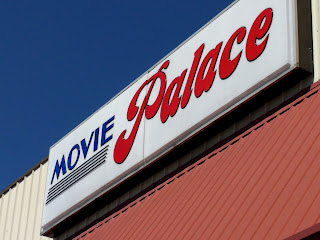 We saw it at The Movie Palace, and really, if you were choosing just one name for movie theaters, that name would probably be the way to go. The staff was friendly, and the snack bar was relatively reasonably priced. Sadly, the best show time for us was in 3-D, which was more costly. (At least the glasses are not as annoying as they used to be.) I didn't like the live action version of the film nearly as well as the Disney animated version. The thing I missed from the other film was the omission of the quotation of John 15: 13, "Greater love has no one than this: than to lay down one's life for a friend." It really makes no sense in a story about jungle animals, but I still missed it. 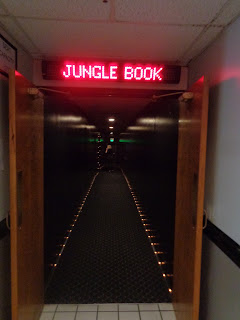 Posted by churchandstates at 8:06 PM