Thomas Jefferson said, "A little rebellion now and then is a good thing," and fortunately, the world has youth to take up the cause. Young people look at the world as it is and wonder why it isn't better. 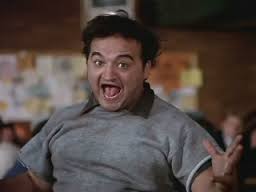 Some rebellion begins in innocence. A youth does what comes naturally and finds out society frowns on such things. The civil rights movement was rebellion founded on the crazy idea that equality and liberty should be lived out in a country that extoled those values.

Of course, some rebellion is stupid, reckless and dangerous; and though I love "Animal House" as well as the next guy, we won't be looking at it this month in Movie Churches. Because, you know, it has no church.

There's a famous line from "The Wild One," when someone asked Marlon Brando's motorcycle gang member, "What are you rebelling against?" And Brando answered, "Whadda ya got?" It' one of the most concise summaries of pointless rebellion to be found in film; but sadly, no church is to be found in that movie either. 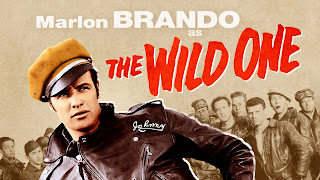 Among the more common targets for youthful rebellion are parents, school, society, the church, and God. Of course, the latter two are not the same thing. We'll be looking at films this month where youth rebel against the church due to their sinful nature, nihilism or hedonism. And we'll be looking at films where youth rebel against the church because of their love for God.

So this month we'll be inviting all kinds of Young Rebels; the Wild Ones and the Godly Ones, to join us on our metaphorical movie lawn.
Posted by churchandstates at 10:07 AM